Blinken puts Pashinyan on a clock: Macron will not help Armenia

Diplomacy is not called "the art of nuance" for nothing. US Secretary of State Anthony Blinken's recent phone conversation with Armenian Prime Minister Nikol Pashinyan, or, more precisely, the State Department's tweet following it, confirmed this rule once again. 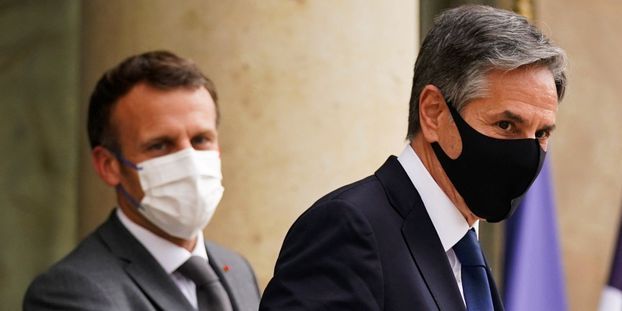 As Anthony Blinken tweeted, “I urged Prime Minister Pashinyan to sustain momentum on peace negotiations between Azerbaijan and Armenia following the foreign ministers’ talks in Washington on November 7. The United States remains committed to these efforts.” This is not just a set of vague diplomatic phrases. Blinken advised Pashinyan to do precisely what he had been and was being urged to do by Baku—to actually work on a peace treaty and not stall. Moreover, Armenia has already admitted that the US supports the work on the peace treaty based on the same Azerbaijani five principles that have delimitation of the borders and recognition of territorial integrity, but no hint of the “status of Karabakh”. This alone is enough for Azerbaijan to consider the talk between Blinken and Pashinyan as another win.

Moreover, Blinken’s tweet is also an unambiguous message to Macron, even if sent through his pet, Pashinyan: now is the time to work on a peace treaty and sign it as soon as possible, instead of raising the loser Armenia’s hopes for revenge.

Experienced observers know something else. In the resolution of many regional conflicts, the United States does not so much push for one side to win as it advises the participants: “Come to an agreement between yourselves, and we will support any version, as long as it works.” Manipulating conflicts and keeping them alive is a traditional move of Russian diplomacy, while the last thing the US needs is a simmering conflict near important pipelines and railroads. Regardless of who is sponsoring Nancy Pelosi’s election campaign.

And this fact gets a different reading against the background of some of the nuances of the meeting in Sochi. Recall that at the talks in Russia’s “resort capital”, as the Russian ambassador to Armenia Sergey Kopyrkin admitted, Russia proposed putting the issue of Karabakh’s status aside for now and making the stay of its peacekeepers indefinite. Armenia gladly and loyally supported this idea, Azerbaijan was against it, and the proposal did not pass. And now Blinken is making it clear that the United States is strongly against attempts to “conserve” the conflict status of the region, let alone extend the stay of peacekeepers there. Moreover, the US was in favor of resolving the conflict, not Armenia’s ephemeral hopes to replace Russian peacekeepers with others, which in any case would allow Armenia to maintain the “stump” of its puppet regime in Khankendi and wait for an opportunity to restart the “miatsum”.

Finally, with his short tweet, Blinken also buried Yerevan’s hopes of reconsidering the terms of the post-conflict settlement. Armenia is not eager to make peace on the basis of the results of the 44-day war, and they are trying to adjust the conditions of peace for themselves by hook or by crook. They pin their hopes on Russia, France, Iran, and other countries. Against this background, Blinken’s tweet turns into an unambiguous warning: Armenia has been put on a clock, with a warning that Washington does not like that the negotiations are being dragged out. Pashinyan should not experiment trying to find out what will happen if Armenia continues to stall.