Brussels hosts important discussions between the leaders of Armenia and Azerbaijan

The leaders of Armenia and Azerbaijan, Nikol Pashinyan and Ilham Aliyev, will today meet in Brussels together with the president of the European Council, Charles Michel. 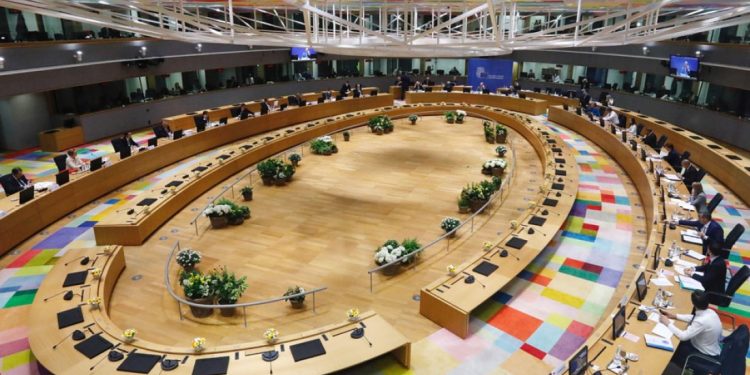 Photo: The building of the European Council in Brussels (archive picture)

The trilateral meeting is taking place at a critical moment for the future of the South Caucasus as Armenia and Azerbaijan seek ways to build peace between them following the 44 Day Karabakh war in the autumn of 2020. It is taking place in the shadow of the Russian invasion of Ukraine which has caused the bbiggest crisis on the European continent since World War II.

Michel hosted a previous meeting with Aliyev and Pashinyan on 14 December 2021, and a new format appears to be emerging for contact between Armenia and Azerbaijan. Observers are hesitant to call it a peace process yet, but the importance of the talks is considerable. This was highlighted yesterday when US Secretary of State Antony Blinken spoke on the phone with the leaders of Armenia and Azerbaijan to stress the US support for the talks.

In Brussels Michel is expected to urge Pashinyan and Aliyev, with who he has built a strong personal rapport over the last year, to work together to de-escalate tensions on the border, move forward with the process of agreeing the terms of a peace agreement, and implement confidence and security building measures to support their work and help build trust at the political, military and societal levels.