The phrase "Nagorno-Karabakh" no longer exists for Brussels. And there is no "status" at all. This horrifying thought came one fine morning to opposition activist Ashotyan, one of the bosses in Sargsyan's Republican Party of Armenia. 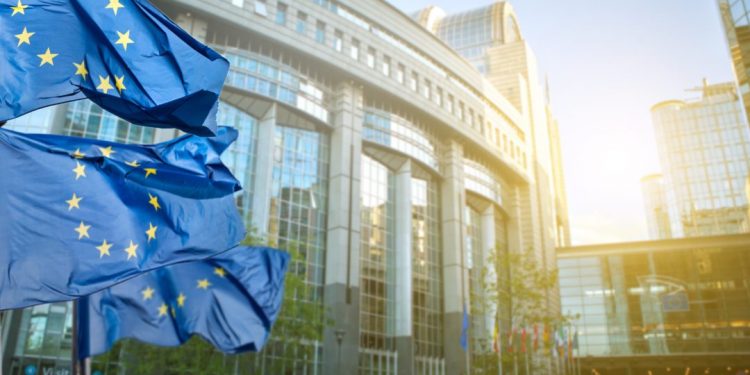 He took his unexpected chilling revelation to Facebook Live, where he urged the revanchist forces to get ready for an all-out battle.

The word “status” is undoubtedly the most important word in the modern Armenian language, their symbol of an anti-Calvary. Interestingly, Armenians condemned themselves to this anti-Calvary, no one forced them to do it. They chose their own schizophrenia and diagnosed themselves.

Armen Ashotyan’s bad dream was not a dream at all. And what happened was more than expected. Why then is Ashotyan being hysterical? According to the man himself, his statement was based on the official document signed by the Secretary-General of the European Commission and released on July 18 this year. The title of the document is “Report on the implementation of the partnership with Azerbaijan”.

“That is, the European Union has a partnership program with Azerbaijan. This report is a summary of the EU’s relations with Azerbaijan, evaluations, problems and accomplishments recorded in various areas. Naturally, security issues are also assessed in the context of relations with Azerbaijan. Judging by the text of the report, in discussing Armenian-Azerbaijani problems, official Brussels has completely abolished the wording ‘Nagorno-Karabakh’ and only once used the word ‘Karabakh’ accepted by Azerbaijanis,” the suddenly disillusioned Armenian oppositionist deduces.

According to the official response of the European Union, Nagorno-Karabakh does not exist, and this is a result of Nikol Pashinyan’s traitorous policy, Ashotyan believes.

“What he did during the trilateral meeting, I mean, refusing to use the term ‘Nagorno-Karabakh’, is all in the official documents now,” Ashotyan declared, saying he was confident that neither the Armenian Foreign Ministry nor the Armenian Security Council had read the document.

So many meaningless conclusions completely out of the blue. Ashotyan definitely did not get enough sleep and lost touch with reality. It is worth reminding him here that no one has ever officially recognized the separatist Armenian entity in the territory of the former Nagorno-Karabakh Autonomous Oblast of the Azerbaijan Soviet Socialist Republic. The UN was the first to proclaim this back in the 1990s, confirming the illegality of Armenia’s claims and ordering the withdrawal from the occupied territories of Azerbaijan with its four resolutions. The entire civilized West—Europe, the US and others—followed the UN’s example, never recognizing the fake status of the unofficial terrorism-oriented political entity. Even Moscow, Yerevan’s close ally, never recognized it either. Finally, the trilateral statement signed by the leaders of Azerbaijan, Russia and Armenia on November 10, 2020, put an end to all discussions regarding the status of the Karabakh separatists. There is no word “status” anywhere in that document, and the trilateral statement is the main and only regulating document in the post-conflict normalization of relations between the two countries after the 44-day war. All the negotiations are based on that very document. There is no status, Paron Ashotyan, and there never has been: you dreamed up this symbol of Armenian illusions.

As for the revanchists’ beloved song of “Pashinyan’s betrayal”, it is an open question who is the bigger traitor there. It would be more honest to admit that the dream of the so-called “status” was shamefully betrayed by the likes of Kocharyan and Sargsyan, Armenia’s exes who are steeped in pervasive corruption. Which, incidentally, is not a secret to anyone inside or outside the country. Most importantly, neither Kocharyan’s nor Sargsyan’s government risked crossing the red line: they never recognized Karabakh’s “independence”. Why should anyone do your job for you? And it is nonsense to think that the entire civilized world, including Brussels, does not notice anything.

Official Brussels removed this phrase from its statements for a reason. This is not a display of disrespect to the Armenians of the world, but an obvious acknowledgement of all-Armenian hypocrisy. It is also an acknowledgement of the current objective reality. It is high time individuals like Arayik Harutyunyan and Co, Ashotyan, Sargsyan, Kocharyan and their other compatriots, who wanted to line their pockets in the land that never belonged to them—only to be left with nothing but toilet bowls, started to live in this reality and accept it as the most natural way of life. End of story.