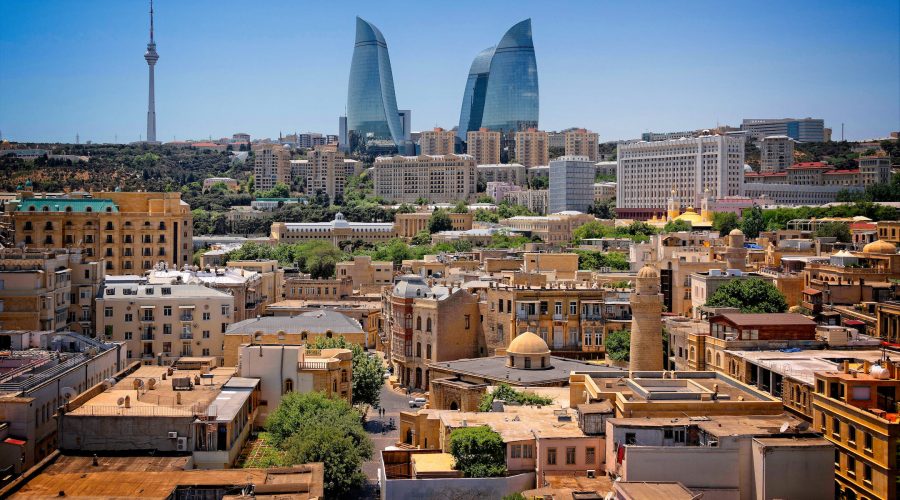 The geospatial company Layermark, working with the government of Azerbaijan, is managing a mapping and land classification project.

Hosting what is arguably the richest crop-producing region of any former Soviet republic, the Republic of Azerbaijan stands among Europe’s top ten agricultural countries. Although it’s small in size, only slightly larger than Austria, the country contains a striking range of terrain that moves through nine of the world’s 11 major climate zones.

These distinct geographic variations make accurate mapping a challenge. But, as Azerbaijan continued its transition to a market economy, the need for accurate land valuation intensified. The nation’s government has approached this problem by embracing a merger of mapping tools and big data.

Using geographic information systems (GIS) technology, Azerbaijan has embarked on a massive project to build a map that provides a clear picture of the land. Cartographers designed the map as a foundation for accruing more data—and more kinds of data. The data-driven map will help consistently refine the relationship between the land and its value.

The project began as the Land Cadastre and Registry System (TEKUIS), managed by Layermark, a geospatial company based in Washington, DC. The effort to construct an accurate basemap of Azerbaijan included the fundamental step of depicting political divisions and a more rigorous effort to record individual parcel ownership.

By 2020, the map depicted more than 8 million hectares of land. For maximum transparency, it remains open to the public. People can click on any parcel to see ownership history and create printable maps of any area.

As the base map developed, Layermark turned to the next phase of the project, using GIS to describe soil conditions across the country. This data existed, but it dated back as much as half-a-century, prepared to Soviet standards. Soil conditions in much of the country have changed since then, so the team needed to update its measurements.

To handle the incoming data, Tepekoy and his team designed a GIS as their information management system that could keep their basemap up-to-date. “People can take soil samples from the field, send it to be processed, and then we use the data to generate soil maps,” he said.

Of particular concern is the increase in soil salinity, which affects an estimated 40 percent of arable land in Azerbaijan. When water evaporates in the fields, it can leave behind water-soluble salts, making it difficult for some crops to grow.

The soil salinity problem is to some degree an infrastructure and modernization issue. When drainage systems fail, floodwaters can build up in the fields, creating more of the necessary conditions for increased salinity.

“Now, if there are parts of the land that have a salinization problem, the government can work with farmers to address the issue and decide where to grow crops to improve the soil,” Tepekov said.

The next phase of the project involved generating good geobotanic maps, which detail pasture lands in Azerbaijan. The data on these maps helps farmers quantify the vagaries of animal husbandry. “They give decision-makers a better understanding of where the cattle should breed, based on where protein values are likely to be higher,” Tepekoy explained.

The soil and geobotanic maps enable farmers to use their working lands in more cost-effective ways. But they also help the government more accurately calculate land value.

For a growing market economy, this kind of valuation is useful in itself, a key component of computing statistics such as GDP. It also strengthens the relationship between the government and citizens. As the country weighs various development projects that may require encroachment on private land, valuation maps help ensure fair compensation for landowners.

“If there are expropriation projects in a city that involve, for example, building a road or bridge on private lands, we can load that project onto the map,” Tepekoy said. “And since we have all the cadastre data underneath it, we can show exactly which parcels are affected, and help get the proper expropriation valuations to the owners.”

Although the map is the most visible manifestation of the TEKUIS project, the workflow systems that underlie it are just as important. What makes the map scalable is that the process can handle an enormous number of inputs.

“People were spending six to nine months to develop a fixed area soil map or geobotanic map,” Tepekoy said. “Now, they can use Esri maps with full automation. And it’s a 100 percent web-based application. Without being shackled to a desktop system, data can come in from anywhere in the field.”

Before the Azerbaijan mapping project was delivered, the work to create maps of soil administration and geobotanic data, as well as the boundary management system, involved a 98-percent manual process.

As the country continues to establish its role as a leader in European agriculture, Tepekoy said, “this project provides a quantum leap forward in terms of technology and automation.”