As the Ukraine conflict makes Black Sea shipments difficult, Kazakhstan looks at an alternative route to export its oil to Europe. 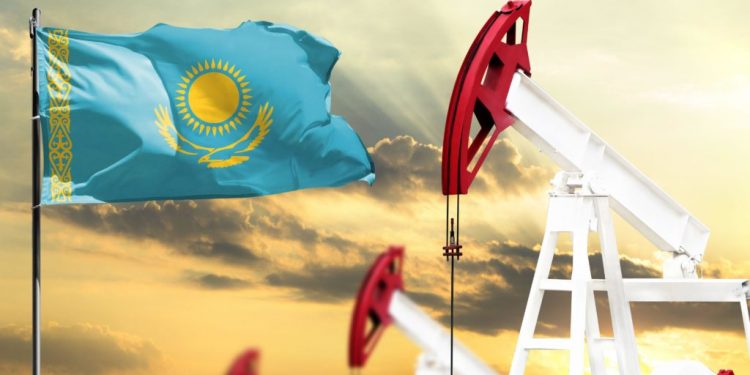 Kazakhstan has entered the stage of a high-stake diplomatic gamble as it tries to circumvent Russia to ship its oil to energy-starved Europe.

The Central Asian Turkic state depends on oil for more than 50 percent of its export revenue and more than two-thirds of that comes from European buyers.

Moscow, which is facing international sanctions over its actions in Ukraine, has used different tactics to block Nur Sultan from using an alternative route.

“Curiously, this court decision was taken on July 5, one day after a telephone call between Kazakh President Kassym-Jomart Tokayev and Charles Michel, President of the European Council, in which Tokayev offered Kazakhstan’s willingness to increase oil exports to the EU,” Qoraboyev tells TRT World.

The 1,500 kilometre CPC pipeline crisscrosses the Russian territory to take Kazakh oil to the Russian Black Sea port of Novorossiysk.

The Russian court decision was overturned by a higher court but a series of events, which have hindered Kazakh shipments, has raised concern about widening rift between the two neighbours.

After a storm knocked out loading facilities at Novorossiysk port in March, Russian authorities said they won’t be able to handle CPC oil for months, depriving Kazakhstan of its main source of income.

Moscow said it isn’t able to import the equipment needed to fix the facilities because of the US and European economic sanctions, which have made international trading difficult for Russian companies.

Qoraboyev sees politics behind the Russian court ruling. In recent months, Kazakhstan’s foreign policy has not been in line with Moscow over the issue of Ukraine.

There’s another reason why Russia would want to penalise Kazakhstan, a former Soviet Union republic and an ally of Moscow.

Nur Sultan has been recently exploring alternative routes for oil including the possibility of transporting the crude via the Baku-Tbilisi-Ceyhan (BTC) pipeline, which passes through Türkiye.

Tokayev gave an indication towards this during his discussion with EU’s Michel.

The BTC pipeline, which traverses from Azerbaijan to Georgia and Türkiye’s Mediterranean region, “may be considered as an attractive alternative” to carry Kazakh oil to Europe, says Qoraboyev.

Kazakhstan has pursued a neutral stance on the Russian offensive on Kiev and rejected the recognition of pro-Russian breakaway regions in eastern Ukraine as independent states.

“There is an increasing pressure from Russia to push Kazakhstan to make its choice on Ukraine. These geopolitical pressures are translating into unwanted impact on foreign trade,” says Qoraboyev.

But the Russian pressure is not working, experts say.

Last month, the Kazakh president refused to receive the Order of Alexander Nevsky, a prestigious award, which is given to Russian citizens with a distinguished civil service record.

Differences between Kazakhstan and Russia and security concerns in the Black Sea have forced the Tokayev government to explore alternatives like the BTC pipeline to transport its oil to European markets.

BTC as an alternative

Using BTC to transport oil from Kazakhstan and other Central Asian states to the western market is not a new idea.

Inaugurated in 2006, the BTC pipeline is primarily used to ship Azerbaijani oil.

But the Kazakh oil has been pumped through the BTC pipeline on a few occasions, says a senior Turkish energy ministry official, who wants to stay anonymous. Kazakh oil being moved via the BTC pipeline has been in demand since 2018 when the US reimposed sanctions on Iran, the official tells TRT World.

“The Kazakh oil flow in the BTC pipeline has increased by three times between 2018 and 2021,” says the energy ministry official.

The Kazakhstan government is relying much more on the BTC pipeline this year in the wake of problems at the CPC route.

“The importance of alternative routes in energy supply security is obvious. Türkiye has always proved to be a reliable route. CPC was perhaps a more economical way for Kazakhstan, but it also shows us that in some cases, trust is even more important,” says the official

The ongoing Ukraine conflict, which has destabilised the energy market, has added to the lure of BTC pipeline even as it will cost more and take much longer to transport Kazakh oil, experts say.

Europe, which until recently relied on Russia to meet most of its oil and gas needs, is more likely to increase its reliance on Kazakhstan, says Otabek Omonkulov, an Uzbek academic, who is an expert on Central Asia politics.

On the other hand, Kazakhstan’s growing problems with its long-time ally Russia has also pushed the former Soviet republic to find a good substitute to the Moscow-controlled CPC.

Some of the Russian statements including a 2014 speech by Vladimir Putin, that appeared to question Kazakhstan’s territorial integrity, have raised concerns in Nur Sultan, emphasising the need for finding alternative ways to sell its most valuable export, says Omonkulov.

Esref Yalinkilicli, a Moscow-based political analyst on Eurasia, says there’s uneasiness among the Kazakh leadership over Russia’s questioning of Kazakhstan’s territorial integrity. “There is a growing sentiment among Kazakh elites that the state needs to decrease its dependence on Russia in various areas, let alone oil transportation,” Yalinkilicli tells TRT World.

Omonkulov also believes that seeking alternative routes like the BTC is taken very seriously by the Kazakhstan government because the Azerbaijani-Turkish route “gives them a lot of hope to export their oil” without Russian assistance. The BTC has less capacity than the CPC, but the Russian control of the CPC now makes Kazakhstan nervous, he says.

“The BTC corresponds to the officially declared policy of Kazakhstan to develop alternative routes for oil exports. It will also fit in with the general trend of reinvigorating economic and trade links between Turkic countries,” says Qoraboyev.

The developments on the BTC are upsetting the Russians who tried to pressure Nur Sultan to avoid any other transportation route for Kazakh oil. But Moscow attempts seem to have backfired as Kazakhstan aims to use BTC even more.

Yalinkilicli predicts a possible Russian reaction over the Kazakh use of the BTC. “As Western states put a lot of pressure over Russian oil and gas exports, Moscow will not allow Russia’s energy diplomacy to be wasted by Kazakhstan,” Yalinkilicli says.

Omonkulov also believes that if Kazakhstan’s use of the BTC is not coordinated with Russians in a careful manner, Moscow might use various means to prevent Nur Sultan’s use of the pipeline.

While five countries around the Caspian Sea reached a landmark agreement in 2018 on territorial water boundaries and sharing of its natural resources, the unresolved issues in regard to maritime rights might potentially jeopardise Kazakh efforts to use the BTC, according to Yalinkilicli.

The Kazakh oil is transported on tankers across the Caspian Sea before it is pumped into the BTC pipeline at a port near Azerbaijani capital of Baku.

Russia, which has considerable influence in the Caspian maritime affairs, might object to Kazakh tankers’ travelling in the sea if tensions between Moscow and Nur Sultan escalate, experts say.