The Conference of the think tanks of the Member and Observer States of the Organization of Turkic States (OTS) organized by the Center for Analysis of International Relations of the Republic of Azerbaijan (AİR Center) in collaboration with the Secretariat of the OTS held in Shuhsa city, the cultural capital of Azerbaijan on 3 July 2022. 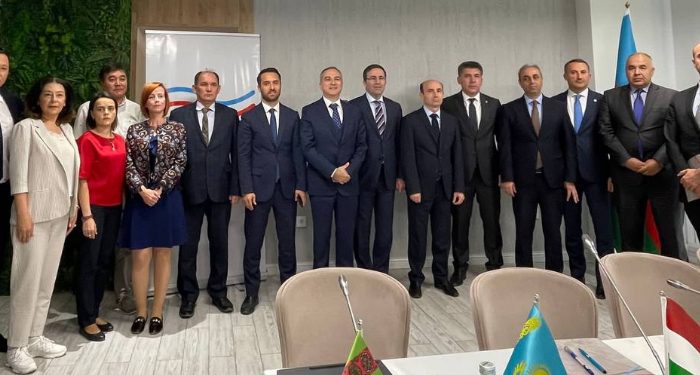 Chairman of the AİR Center of the Republic of Azerbaijan, Ambassador Farid Shafiev and Deputy Secretary General of the OTS, Mr. Gismat Gozalov in their opening speeches emphasized the significance of the Shusha Conference, underlying the importance of Shusha as the cultural capital of Azerbaijan and the Turkic world in strengthening the unity and solidarity of the Turkic world.

Touching upon the importance of Shusha Declaration between Azerbaijan and Türkiye signed on 15 June 2021 which contains a large number of articles dedicated to the enhancement of the existing solidarity within the entire Turkic world, Deputy Secretary General Gozalov noted that  the Shusha Declaration is an exemplary document and serves not only to the interests of the two countries and their people, but also to the whole Turkic world.

After the opening speeches, the participants had discussions at the first panel on “The future of the Central Asia and the South Caucasus interregional platforms” moderated by Dr. Javid Valiyev, Head of Department at the AIR Center and the second panel on “New geopolitical realities in the region and the Organization of Turkic States” moderated by Dr. Mesud Özcan, the executive director of the Diplomatic Academy of the Ministry of Foreign Affairs of Türkiye.

The participants agreed to have next Conference of the think tanks before the next Summit of the OTS in Tashkent.