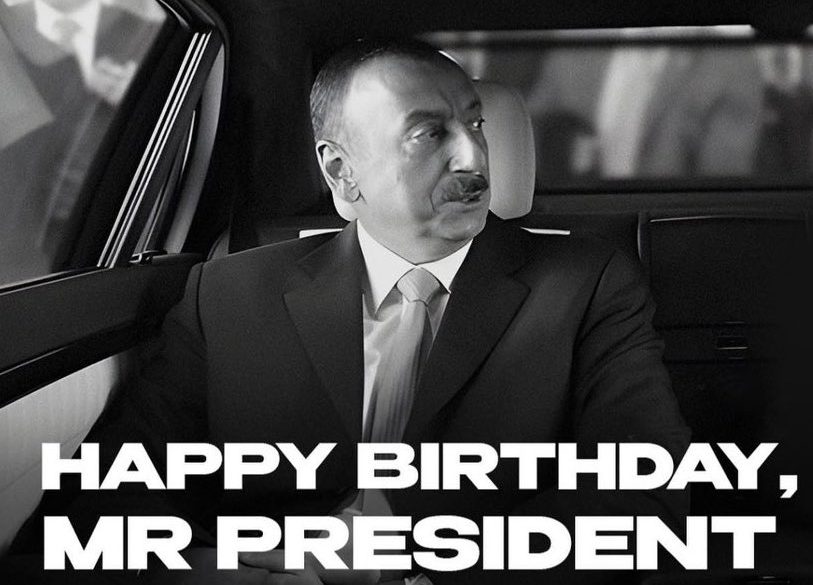 President of Azerbaijan Ilham Aliyev is one of the few world leaders who has expertly solved a difficult problem with many unknowns.

His success proves that it is culture that determines politics and not vice versa. And in order to succeed, to reach out to the citizens, a multi-vector result is necessary, ensuring sweeping progress in important directions.

There is no one-size-fits-all formula for a quick turning point. Results in consciousness and the social sphere, in politics and economics, and finally in the cultural-humanitarian sphere, require consistent innovative steps.

They make it possible to achieve great cumulative progress. And it is here important to have a synchronized sequence of innovations in the key areas.

Great success always comes from the symbiosis of several concurrently achieved results. A detailed analysis of the processes in this case becomes a metronome that gives a clear picture of the individual parts and of the whole at the same time.

Undoubtedly, a pragmatic author who keeps an eye on the entire system with all of its priorities and requirements can master the multi-step approach.

In the early 2000s, when Ilham Aliyev embarked on his plan of fundamental reorganization of the country, he was always among the people, patiently explaining to his fellow citizens the goals of the issues being addressed and the implications of all events.

It was important for him to get through to his compatriots, to explain what it was all about. It was also important to make it clear that processes cannot be rushed artificially, but that each point must be carefully elaborated, while also ensuring the social elevator function.

Perhaps not everyone was then able to adequately grasp the meaning of the implemented reforms, because people always crave for quick and staggering results. That is, the “here and now” principle is appealing but also problematic because it is not realistic.

In the environment of post-Soviet backwardness, all areas needed a thorough analysis and elaboration with the development of relevant steps and restructuring measures.

It all became clear much later, when the President put the economy back on its feet, built a complete military-technological development program, and sensed the country’s full readiness to carry out the strategic task of restoring the country’s territorial integrity.

The Azerbaijani society experienced a historic moment of truth in those memorable 44 days, when Ilham Aliyev said: “I know what to do, and when and how to do it.” Azerbaijan’s Great Victory in the Patriotic War came at a high cost, but it was the triumph of President Ilham Aliyev’s brilliant strategy.

The victory breathed great confidence and vitality into the citizens of the country, showed the depth of philosophy of the national leader, who had shouldered the enormous burden of duty, returning hope and self-confidence to the people.

Liberal reforms have always been and still are the dream of peoples and generations. But for all their appeal, they only have the expected effect when carried out with great responsibility, discipline, and transparent accountability.

President Aliyev confidently ensured the success in the restructuring of the country, demonstrating excellence in public administration.

In the international arena, the Azerbaijani leader has won the trust of power-wielding people, the world’s leading think tanks and ever-principled rating agencies.

Through President Ilham Aliyev’s efforts, Azerbaijan has become a steadily developing country that actively promotes dialogue-based ethics and the concept of rational action around the world. It is no coincidence that the leader of the South Caucasus has gained the reputation of a successful integrator, who initiates global projects, providing benefits to many countries far beyond the borders of Azerbaijan.

The choice of the people, who entrusted their destiny and their future to Ilham Aliyev, has proved to be the right one. Azerbaijan now occupies a prominent place in the global system, and its vigorous leader is one of the key figures of the world political elite.