Details of closed-door talks between Hikmet Hajiyev and Armen Grigoryan

Secretary of the Security Council of Armenia Armen Grigoryan blatantly violated diplomatic decorum: not only did he essentially reveal the subject of the closed-door talks with the authorized representative of the Azerbaijani government, Assistant to the President Hikmet Hajiyev in Brussels, he also deliberately distorted the nature of the talks. 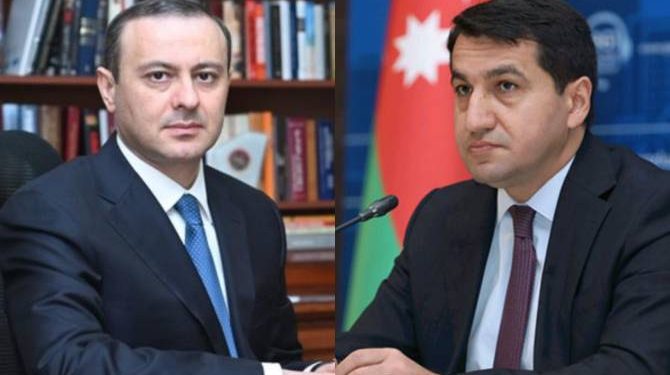 In his attempts to ease the domestic political tensions, A. Grigoryan jeopardized the format of direct negotiations between Armenia and Azerbaijan. 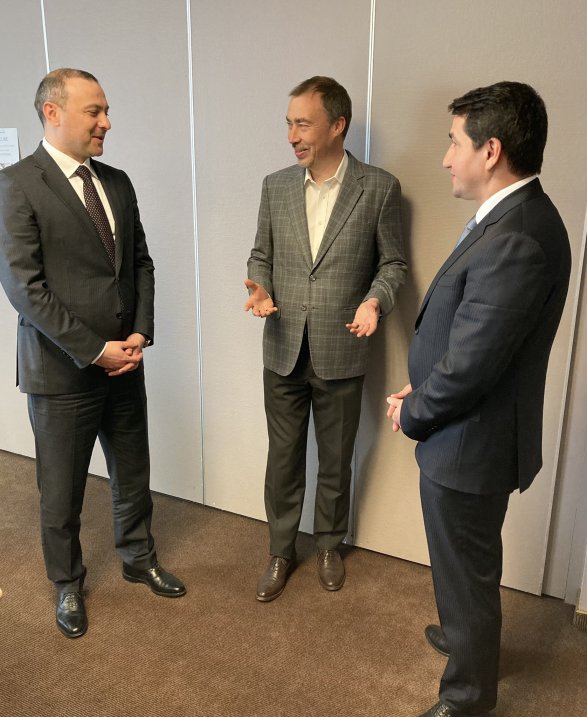 Who will talk to Armen Grigoryan after this?

The Secretary of the Security Council arbitrarily and irresponsibly ascribed to official Baku an “understanding” of the need for negotiations with a new agenda. As we know, prior to the Brussels summit talks, Azerbaijan unconditionally put forward five principles of the final settlement. And the negotiations between the Azerbaijani president and Armenian PM with the mediation of Charles Michel proceeded from this new agenda proposed by Ilham Aliyev. Aliyev’s agenda was also accepted by Nikol Pashinyan, who openly declared that there is no alternative to the recognition of the territorial integrity of Azerbaijan.

However, trying to fend off the attacks of the nationalist revanchist part of the Armenian society, A. Grigoryan puts into Hikmet Hajiyev’s mouth the “understanding” that along with the five principles accepted by Pashinyan, Baku is willing to consider Yerevan’s six newly minted principles. According to Grigoryan, Hajiyev realizes that a common Armenian-Azerbaijani package must be created as a basis for further negotiations between Aliyev and Pashinyan.

The present Armenian government has once again demonstrated the extent of its low political and social responsibility by disclosing the details of the negotiations, perverted and twisted in its inflamed imagination, in the main political arena of the Armenian authorities, the Theater Square.

Our diplomatic sources say that Hikmet Hajiyev expressed no understanding, let alone mutual understanding, with regard to the future agenda and prospects of the negotiations. Furthermore, President Ilham Aliyev is not planning or preparing for a meeting with Pashinyan any time soon.

On the other hand, suppose, hypothetically, that Hajiyev did entertain the possibility of discussing Armenia’s proposals during the closed-door talks. Since when do the authorities make resounding statements about the details of a closed crucial negotiation process? And who will have any serious discussion with Pashinyan and Grigoryan after this? 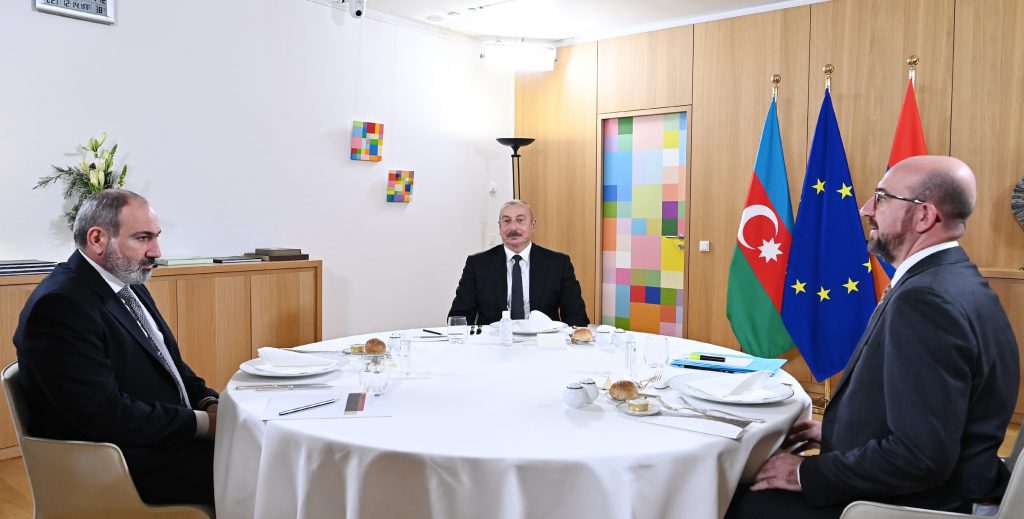 Aliyev is not planning or preparing for a meeting with Pashinyan

Pashinyan and Grigoryan have damaged their reputation in Baku so badly that government officials will not respond to or comment on this irresponsible interpretation of the Brussels talks.

We have been informed that Hikmet Hajiyev negotiated with Grigoryan only within the scope of the five principles of settlement and normalization accepted by Pashinyan.

Azerbaijan’s authorized representative once again made it clear to Armenia’s Security Council Secretary in a straightforward manner that the final resolution of the Armenian-Azerbaijani conflict and the future normalization of relations between the two countries is contingent on Pashinyan’s government’s willingness to recognize the territorial integrity of Azerbaijan. If Armenia questions the sovereignty and integrity of Azerbaijan, then official Baku, in turn, does not recognize the territorial integrity of Armenia. The Azerbaijani government has set the record straight. This is an either/or situation, and the choice is Yerevan’s. There is no more wiggle room.

Hikmet Hajiyev communicated to Grigoryan that the Karabakh issue was not and would not be discussed at the talks with Armenia, as it is strictly Azerbaijan’s internal affair.

Armenia suffered a crushing defeat in a 44-day war, and as the first president of the country, Levon Ter-Petrosyan, put it recently, surrendered with a bang. A surrendering country does not and cannot dictate its terms and it should adequately assess, accept and come to terms with the existing reality. It should draw the right conclusions and save its people from a future, much bigger, disaster.

Hikmet Hajiyev clearly, unambiguously and explicitly told Grigoryan that any further attempts on the part of the Armenian Foreign Ministry to escalate the situation around the state sovereignty and territorial integrity of Azerbaijan, as well as groundless and unfounded manipulation of issues that are Baku’s internal affairs, will be seen as Armenia making new territorial claims…

Another important question: what is the scope of these six new principles put forward by Pashinyan’s government in response to the Azerbaijani agenda of the Brussels negotiation format? It will be of interest to the Armenian public to learn that these are not so much new settlement principles as a reaction to the Azerbaijani government’s proposals. The most important part is that the six principles voiced by Grigoryan say it in black and white: Armenia has no territorial claims against Azerbaijan…

The only thing the representatives of the two governments agreed upon at the meeting was that the UNESCO experts should conduct monitoring of the sites of Azerbaijani historical and cultural heritage in Armenia. Azerbaijan is waiting for this agreement to be honored: when will UNESCO document the vandalism and destruction inflicted on the Azerbaijani and Muslim historical monuments in the ancient Azerbaijani land?!