Erdogan eyes May visit to Nagorno-Karabakh

Erdogan is planning a trip to the Nagorno-Karabakh region after fighting between Azerbaijan and Armenia ceased. 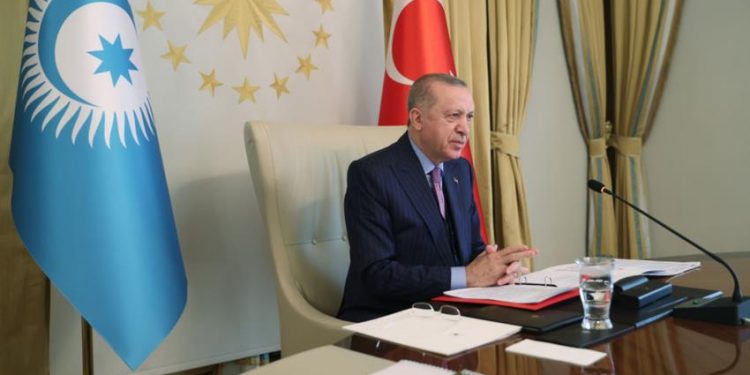 Turkish President Recep Tayyip Erdogan said Wednesday he planned to visit Nagorno-Karabakh in May, a trip likely to further anger Armenia following its defeat to Azerbaijan in a war over the region.

Erdogan said he would visit Shusha, a historic city which fell to Azerbaijani forces in the closing days of last year’s six-week war, immediately after Bayram celebrations marking the end of the holy month of Ramadan in mid-May.

“God willing, we will have a new Bayram together with our brothers by visiting Shusha after the Ramadan feast,” Erdogan said in televised remarks.

“We will stand by the sides of our Azerbaijani brothers, protecting our Turkic values in Nagorno-Karabakh.”

Last year’s war saw Azerbaijan regain swathes of territory it lost during a six-year conflict that killed tens of thousands as the Soviet Union collapsed in the early 1990s.

Erdogan backed Azerbaijan diplomatically during last year’s conflict while Armenia’s position was supported by its traditional allies in Europe and the United States.

Turkey has also been a major supplier of weapons to Azerbaijan — including drones that played a decisive role in the war — and has historically poor relations with Armenia.