Several European officials have commented on the death of two Azerbaijani journalists as a result of a mine explosion on Friday, in an incident which also resulted in other casualties. 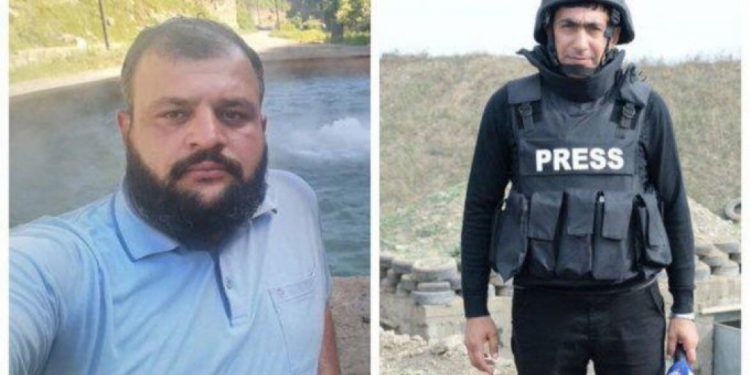 Tragic deaths and injuries of 🇦🇿 civilians in Kelbajar yesterday. Important to have full exchange of information for effective demining to prevent further casualties.

🇦🇲and 🇦🇿 need to make every effort to resolve key humanitarian issues, including the release of detainees.

Peter Stano, the spokesperson for the European External Action Service also tweeted to express the same sentiments. Several members of the European Parliament also expressed sorrow at the journalists death. The death of the two journalists caused outrage in Azerbaijan where the authorities accuse Armenia of failing to give maps of landmine fields following the ceasefire after the 44 day Karabakh War.

In Vienna, the OSCE Representative on Freedom of the Media, Teresa Ribeiro, expressed today her deep concern and sadness over the death of correspondent Maharram Ibrahimov (Alioghlu) and camera operator Siraj Abishov.

In a statement she said, that according to reports, both journalists, who worked for Azerbaijan State News Agency (Azertag) and Azerbaijan Television (AzTV), respectively, died today while on duty as a result of a landmine explosion in the Kalbajar district. Other persons, including film director of AzTV Emin Mammadov, have reportedly received injuries.

“The tragic death of Maharram Ibrahimov and Siraj Abishov is terrible news and I extend my deepest sympathy and condolences to their relatives and colleagues,” Ribeiro said.

Ribeiro noted that the law enforcement agencies have launched an investigation into the case and expressed hope that it will ensure full accountability for the journalists’ death.