Charles Michel welcomed the first historic meeting of both countries' Border Commissions on May 24 and stressed the importance of ensuring stability and security along the state border between Armenia and Azerbaijan. 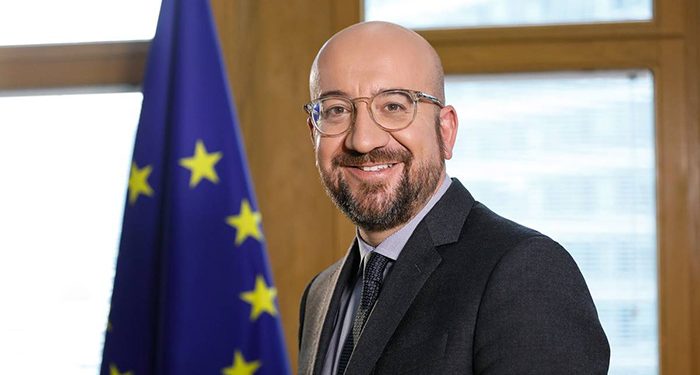 In the context of the past days’ growing tensions between Armenia and Azerbaijan, President of the European Council Charles Michel reiterated the EU’s commitment to deepen its cooperation with both countries to promote a South Caucasus that is secure, stable, peaceful and prosperous for the benefit of all people living in the region, says the statement by the spokesperson of the President of the European Council.

Charles Michel welcomed the first historic meeting of both countries’ Border Commissions on May 24 and stressed the importance of ensuring stability and security along the state border between Armenia and Azerbaijan.

President Michel stressed that a sustainable normalization of relations between Armenia and Azerbaijan calls for addressing all outstanding issues at hand, including discussions on the future peace treaty and elimination of the root causes of conflict.

He believes that all core issues that led to the first Karabakh war as well as to the renewed hostilities in 2020 must be addressed by all stakeholders to create conditions for lasting and equitable peace.

As with any legacy of conflict, terminology is particularly sensitive in this context. President Michel’s statement on outcomes of the leaders meeting on May 22 should not be interpreted as a pre-determined outcome of discussions.

What matters most is that all issues are comprehensively addressed. This includes rights and security of populations.

Connectivity was specifically discussed in Brussels on May 22 to advance opportunities for unblocking the region. In this context, both parties confirmed there were no territorial claims with regard to future transport infrastructure. Speculation to the contrary is regrettable.

Finally, President Michel stressed the need to prepare populations for peace and the paramount role public rhetoric plays in this regard.

He welcomed Yerevan and Baku’s leadership and stated intentions to ensure a conducive atmosphere for the continuation of the talks, expressing the EU’s readiness to step up its support to confidence building measures, the statement says.