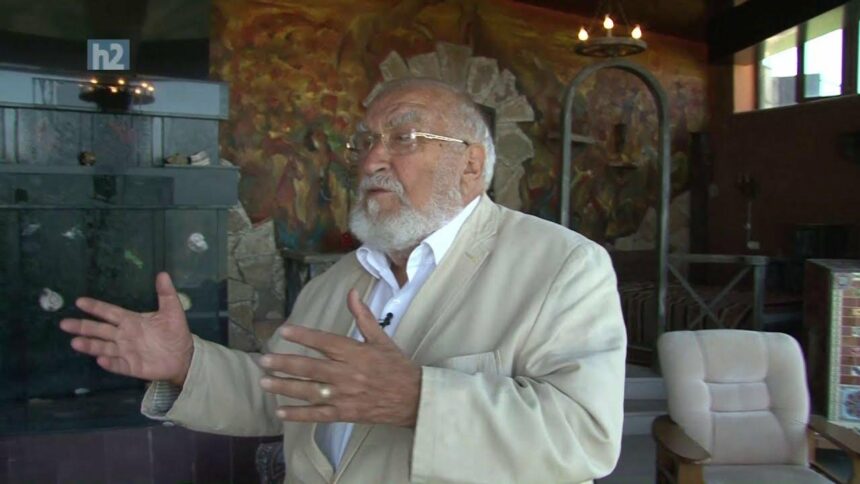 This time, however, it was quite long, but even in this case, it is unlikely that we would have paid attention to it if we had not been interested in one moment in his words. So, Vardanyan complained that there are cases of escape by some rich residents from Khankendi.

“We had several cases, and these cases clearly show the unacceptable situation. For example, we know that one rich family went on holiday using their connections and this has caused a lot of negative reactions,” he said.

Caliber.Az managed to find out who Vardanyan had in mind. Informed sources have told us that the “state minister” meant the family of Grigori Arkadyevich Gabrielyants. Gabrielyants, born in Baku in 1934, was a Soviet geologist and USSR Minister of Geology from 1989 to 1991.

A few days ago RPC representatives informed the Azerbaijani side that a “medical” evacuation of Gabrielyants from Khankendi was required. The request noted that two accompanying Russian soldiers sick with coronavirus would be on the Russian peacekeepers’ helicopter along with the 88-year-old ex-minister.

Our informants on the ground reported that Gabrielyants entered the air harbour terminal, and despite his age and the RPC’s message of “medical evacuation”, was absolutely awake and on his feet. He was accompanied by his wife. The former minister was firmly holding a black briefcase, which, according to our information, was stuffed with cash.

So it seems that with the help of peacekeepers a “VIP-tour” was organized for the former high-ranking Soviet official, or to be more precise – an escape from Khankendi to Erebuni to a military base of the Russian army. At the same time, the aforementioned “two sick soldiers” never showed up at Khojaly airport.

Of course, air traffic in Karabakh is carried out only with the permission of the official Baku. In the case of Azerbaijan’s refusal of the request of the RPC, not a single plane would be able to take to the sky from Khojaly airport. But if wealthy Karabakh Armenians, using their connections and finances, are trying to escape from the power of the criminal duo Vardanyan-Harutyunyan, then we will not hinder them. 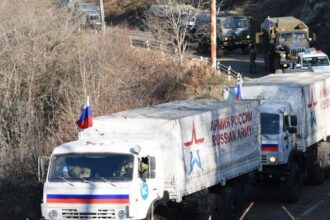 Vardanyan unwittingly turns the cards over on “mass hunger” in Karabakh