French politicians, especially the right-wing ones, will forget about Armenia immediately after the presidential election; they just need the votes of the Armenian diaspora right now, says Farid Shafiyev, Chairman of the Board of the Center for Analysis of International Relations. 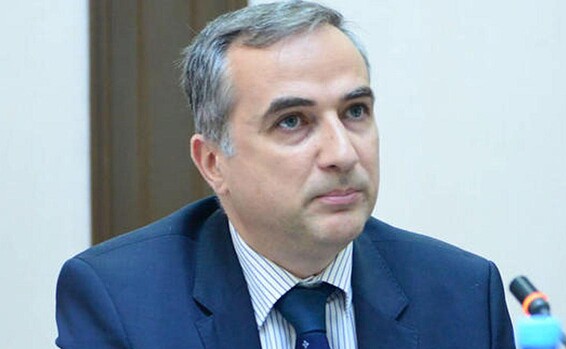 Farid Shafiev, the chairman of Azerbaijan's Center of Analysis of International Relations

“We know the position of France—it tends to be pro-Armenian. This has always been the case, but the trend has especially intensified now. In particular, we witnessed the biased attitude of Paris towards Baku during the Second Karabakh War,” Shafiyev emphasized.

According to him, the recent events, such as the visits of right-wing politicians Éric Zemmour and Valérie Pécresse to Armenia and, in particular, the latter’s illegal visit to Azerbaijan, show that in this situation it is all about the election race in France.

“Valérie Pécresse’s visit to Azerbaijani territories was illegal. It was in violation of international law and Azerbaijani legislation. Baku’s harsh reaction to this visit was the right thing to do,” the expert believes.

Speaking about the reaction of French Foreign Minister Jean-Yves Le Drian to Baku’s position, the political analyst pointed out that, apparently, French President Emmanuel Macron also did not want to be left out of the competition for the “More Catholic Than the Pope” title.

“Armenians must ask themselves: why is the competition between French politicians, especially right-wing politicians, happening now? Why didn’t they bring up Armenia before? I think Armenians know it themselves—all these politicians will forget all about Armenia once the election is over. They all need the votes of the Armenian diaspora. Speaking from experience, the French Foreign Ministry will continue working with Azerbaijan within the framework of cooperation,” Shafiyev summed up.