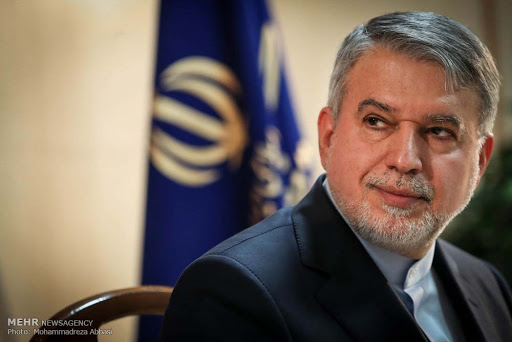 “Is the Olympics aware that there are horrific reports about Seyed Reza Salehi, the president of the NOC of Iran? During his time as senior director at the ministry of intelligence, he went by the name of Seyed Reza Fallah and was involved in the torture and murder of prisoners,”  tweeted Sardar Pashaei, the former head coach of Iran’s Greco-Roman team and a world gold medalist in Greco-Roman wrestling, last week.

Pashaei added that “We, the Iranian athletes, call on the Olympics to ban the entry of the President of the Iranian NOC from attending the Tokyo 2020 because of his security record in the Ministry of Intelligence. He has arrested and tortured many opponents of the Iranian regime.”

The former Greco-Roman wrestling coach lives in the US and is part of the United for Navid campaign named after Navid Afkari who was executed by Iran’s regime in September, 2020. Elite Iranian athletes from United for Navid have urged the International Olympics Committee to pull the plug on the Iranian regime’s participation because of its extrajudicial killing of Afkari for his 2018 protest against regime corruption.

In a 2018 Persian language article by Pedram Ghaemi on the website of IranWire, he reported on a Voice of America TV broadcast in which an Iranian regime historian named Abdollah Shahbazi told someone close to the administration of then-president Mohammad Khatami that Ebad (Ali Rabei) told him about the suffocation of Azerbaijanis in coffins. Ali Rabei, who used the name Ebad while an intelligence official, worked with Salehi.

The Jerusalem Post examined the VOA Persian broadcast with a Persian speaker.

According to the US government outlet VOA report, Rabei and Salehi placed Azerbaijanis in coffins and nailed the coffins shut and sent them from Astara, Azerbaijan to Tehran. When the Azerbaijanis arrived in Tehran, they had suffocated to death. The VOA broadcast also reports on Salehi’s presence in Kurdistan and Azerbaijan as a reconnaissance force officer in 1980’s.

There has been scarce coverage of reporting on Salehi’s alleged role in the torture and murder of political prisoners, probably because he changed his name from Fallah to Salehi to avoid identification for his role in the ministry of intelligence. Fallah apparently was a type of nickname to disguise Salehi’s real name.

The US government outlet Radio Farda, which specializes in coverage of Iran, reported in February that Salehi was an intelligence official.