How Azerbaijan has revitalized the Non-Aligned Movement

In the face of increasingly more confrontational international politics, this solidarity among the members of the NAM would be critical to ensuring their security and defending their national interests. 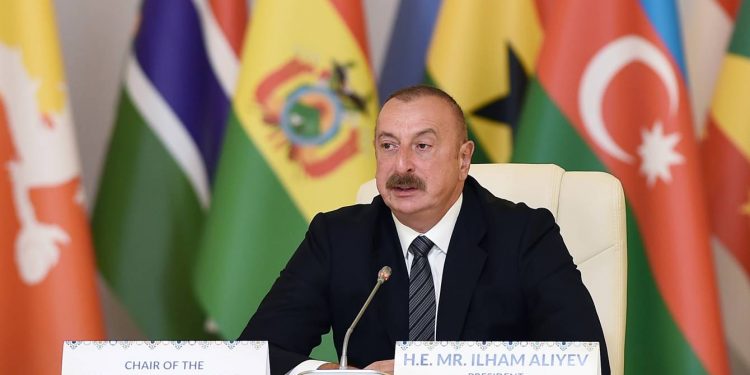 During the Cold War, the bifurcation of international politics between the two camps headed by the Soviet Union and the United States led to the emergence of the non-aligned bloc of then Third World countries who sought to ensure their survival in this hostile environment. These countries refused to join any military bloc and their third conference in 1970 called for the “dissolution of great power military alliances” for peace and security in the world. This bloc, known as the Non-Aligned Movement (NAM) since the fifth conference of the member countries in 1976, was thought to have lost its relevance following the end of the Cold War in the early 1990s.

Quite contrary to these analyses, a new need for the NAM emerged in recent years, as international politics gradually succumbed to the resumption of the divide of international politics between the United States and its allies, on the one hand, and Russia and China, on the other. With the start of the Russo-Ukrainian War in February 2022, this stand-off has culminated in dramatic worldwide economic ramifications and the revitalization of nonalignment as a security strategy and the Non-Aligned Movement as a bloc to pursue this strategy for many countries in-between this confrontation. The NAM, under Azerbaijan’s chairmanship since 2019, has achieved remarkable progress toward becoming an impactful international player loudly expressing the voice of its 120 member countries.

Azerbaijan has made a number of initiatives during its chairmanship to coordinate cooperation amongst the member states, strengthen the values of multilateralism and international cooperation, and revitalize the institution. The first year of Azerbaijan’s chairmanship (2020) coincided with the start of the coronavirus pandemic. Baku made various efforts to bring the member countries together in the fight against the crisis’ ramifications for their economies and prosperity. At the initiative of the Azerbaijani government, for the first time in the history of the NAM, the movement held an extraordinary summit of member states on May 4, 2020, virtually attended by more than forty-five members states and international organizations. The president of the seventy-fourth session of the United Nations General Assembly, the chairperson of the African Union Commission, and the director-general of the World Health Organization were among the leaders who addressed the summit and endorsed the initiative.

Demonstrating its readiness and willingness to play a leading role in the global fight against national egoism, unilateralism, and protectionism, Azerbaijan, as part of its proposals to the virtual summit of the NAM, also called for a special session of the UN General Assembly. The initiative was supported by more than 150 UN member states and took place on December 3-4, 2020. “This General Assembly special session, is a historic moment for Member States, the United Nations, the scientific community, and other stakeholders,” Assembly president Volkan Bozkir said on the opening of the two-day gathering.

As the chair of the movement, one of Azerbaijan’s major goals is preparing the basis for the eventual institutionalization of the NAM that would make it a well-established international organization. Baku has put forward some successful initiatives toward this end. The launch of the NAM’s parliamentary network and youth network at Baku’s initiative is a significant move on this path. Azerbaijani president Ilham Aliyev has, with the support of member states, also endorsed the creation of a NAM support office in New York. “I think it is the right time now to make more steps towards institutional development and that, in its turn, will help us to defend our interests on international arena and also strengthen solidarity between our countries,” he added.

One big challenge on this path is the existence of conflicts amongst some members of the movement. Not only does it prevent the quick institutionalization of the bloc but also debilitates the efforts to bring about the movement’s unique voice on major geopolitical issues around the world. “I know that there are certain problems between some member states. I think that NAM can be a platform to find resolution to these problems,” Aliyev emphasized on June 30.

However, although it is hard, if not entirely impossible, to achieve the resolution of all these interstate conflicts within the NAM, Azerbaijan’s experience in the course of its war with Armenia (not a member of the NAM) in late 2020 demonstrated that the bloc can turn out to be very efficient in quickly consolidating its efforts and demonstrating solidarity against major challenges one or a group of fellow members face.

During the war, known as the Second Karabakh War or the Forty-Four-Day War, three permanent members of the UN Security Council—France, the United States, and Russia—tried to pass a resolution that would be contrary to Azerbaijan’s vital interests, as it would have no reference to the council’s earlier resolutions in 1993 which called for the withdrawal of Armenian troops from Azerbaijan’s sovereign territories. “But, our friends, members of NAM, at that time members of the UN Security Council, blocked an anti-Azerbaijani statement and blocked the attempt of accusation against Azerbaijan and thus, did not allow pro-Armenian global forces to attack Azerbaijan,” President Aliyev recalled in his address to NAM’s parliamentary network.

In the face of increasingly more confrontational international politics, this solidarity among the members of the NAM would be critical to ensuring their security and defending their national interests. Azerbaijan’s efforts to strengthen the movement, promote closer bonds and cooperation amongst the member states, and its efforts for institutionalization are therefore of great importance and have a significant potential to deliver positive outcomes.

Dr. Vasif Huseynov is the head of department at the Center of Analysis of International Relations (AIR Center) and Adjunct Lecturer at Khazar University in Baku, Azerbaijan.