How was the spy network in the country collapsed in a few days?

“We are always ready for unequal battle, unequal fight, however, we will not compromise our pride, dignity, our independence to anyone. Let everyone know it!” 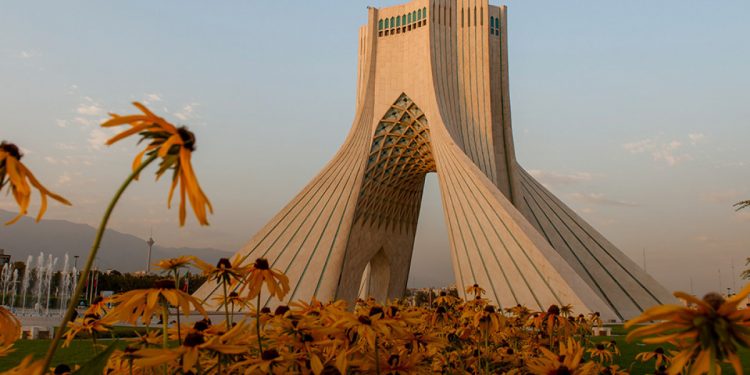 October 2021 will remain in the memory of Azerbaijanis with the words of the President of the Republic of Azerbaijan that he said during unequaled construction works in the liberated lands from the occupation. And with the lesson given by state-people unity to all forces fearing the expanding opportunities of our victorious state, trying to show their tired muscles…

Azerbaijan’s directly connecting main transport routes with Nakhchivan via the Zangazur corridor, eliminating crossing dependence from neighboring territories, to be known that railway lines will be connected to Nakhchivan and Turkey, Azerbaijan’s full restoration of control in its south border and prevention of insidious exploitation of its natural resources and other numerous achievements which make necessary of faster development of the country, revealed internal concern of our some “friends”.

Slogans recited by Iranian “village mullah”, another aggressive image, while accompanied by rising of slaves command within Azerbaijan, attacks against the interests of our state, and future of our people started.

The cold-blooded response of our state, which has established the traditions of statehood, did not wait long. Of course, we could not go far with the Iranian network of this size within. A friend should be by side of a friend, should not interfere in its internal affairs, and should not wish to have opportunities to interfere in its internal affairs.

It soon became known that Sardar Babayev, the head of the “Iranian Clergy Assembly”, a puppet of the Iranian special services, who had made statements against the Azerbaijani state during each Iranian attack and had not been seen in the Karabakh war, had been arrested on treason charges. This is Sardar Babayev, who created the website “maide.az” at the expense of foreign capital, which is full of purposeful religious propaganda, but did not publish any article expressing support for our Motherland war and rejoicing in our victory, where our believers fought and died for the truth. Everyone knows why.

Then, in order to damage Azerbaijan’s relations with other countries, to damage our military equipment with modern weapons, they held a rally in front of foreign embassies, cursed those countries on behalf of the people, distributed gifts at the expense of foreign money and chanted slogans against Azerbaijan. Sabuhi Salimov, who threatened the people one by one on behalf of the special services, was also arrested on charges of treason.

Those who opposed the neutralization of treacherous cells in the country did not appear. Apparently, those who were not satisfied with these measures and were responsible for the security of the state held a night of reckoning for all those waiting in line in the spy network. Sabuhi Salimov, who chanted anti-Azerbaijani slogans and threatened the people one by one on behalf of foreign special services, was also arrested on charges of treason.

It turned out that Ilgar Ibrahimoglu, the head of the DEVAMM organization, whose name is so obscure from the images disseminated on social networks, was also involved in the criminal investigation of the State Security Service, he closed his phone after being questioned by “professional” people, as he said and he removed the information site “deyerler.org” from the paid services of foreigners.

The measures taken within several days resulted that the heads of the information sites in the one-sided service of Iran also taking an oath of allegiance to the ship and agreeing with the interests of the Azerbaijani people.

We also saw those who fled to the place where they came, fearing the rage of the people, with the feelings of black deeds We, as media, see as much as we observe and in every justice we see, we stand by the strong will, the iron fist.

We also accept willingly the resistance that the people who are determined to be independent and strong may face.

Dear neighbors! Azerbaijan is a country of peace and development. Azerbaijan cannot be the state you hope to speak with dictation.

The owner of these lands is the Azerbaijani people, state, and statehood. Show respect.