How will Biden’s ‘genocide’ statement impact regional cooperation and peace?

Biden’s use of the term 'genocide' jeopardizes regional peace while confining Armenia’s future to events that occurred over a century ago. 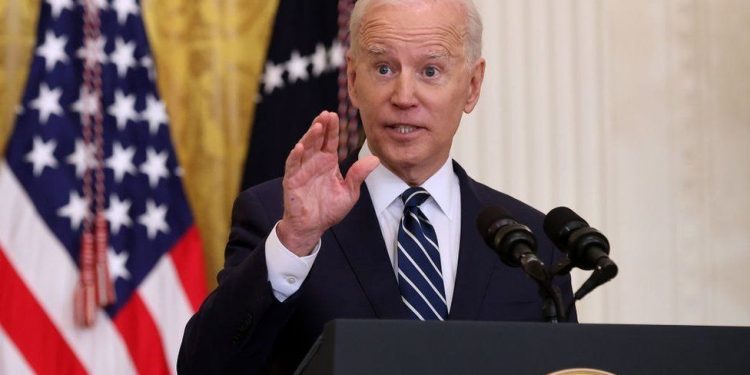 The use of the term “genocide” by US President Joe Biden to describe the events of 1915 has sparked a slew of legal and political debates. Legal experts believe that this is a political statement and has nothing to do with international law, while political experts believe the statement is not even in favor of the regional politics of the US, much less Turkey-US relations and the situation of Turkish citizens of Armenian descent. On the contrary, the declaration risks seriously damaging the post-conflict peacebuilding process in the South Caucasus.

According to the International Convention on the Prevention and Punishment of the Crime of Genocide, international courts, not political leaders or parliaments, have the authority to determine whether or not the term genocide can be applied to a situation. In this regard, there is as yet no court decision labeling the 1915 events as a “genocide”. In this case, however, the courts have reached the exact opposite conclusion. According to a 2013 ruling by the European Court of Human Rights (ECHR), for example, the events of 1915 are a matter for courts of law to authoritatively speak on, not politicians.

Although there are disagreements about its legal implications, this statement will undoubtedly have political repercussions. This declaration will almost certainly have negative consequences, especially in terms of cooperation opportunities in the South Caucasus region following the Second Karabakh War. Biden’s declaration has been particularly described as a show of support for Armenian revanchists, who suffered a heavy defeat in the Second Karabakh War, and as a damaging step toward regional cooperation. President Biden reportedly told President Recep Tayyip Erdogan over the phone the day before the announcement that this had been his position for the past twenty years and that he must keep his word. This, however, appears to be a simplistic explanation that does not ring true. For example, before 2008 US presidential elections, Barack Obama had also promised to the Armenian diaspora and lobby organizations that he would define the events of 1915 as “genocide.” But he never uttered that word during his time in the office in order to avoid damaging US-Turkey relations.

Biden’s statement came at a time when Azerbaijan and Turkey were making statements about post-war cooperation in the region, causing deep disappointment in the region. Azerbaijani Presidential aide Hikmet Hajiyev called President Biden’s declaration a “historical mistake”. During a recent telephone conversation with US Secretary of State Anthony Blinken, President of Azerbaijan Ilham Aliyev expressed strong support for his country’s strategic ally by stating that Turkey had been playing a critical and positive role in the region in the post-conflict period and that the US president’s statement was met with concern by both Azerbaijan’s leadership and public.

Following the Second Karabakh War, Azerbaijan made three concrete offers in the region: the opening of railway communication lines between Azerbaijan, Armenia, Russia, and Turkey, the emergence of a six-party cooperation format in the region, and the integration of Armenians living in Karabakh into Azerbaijan. The goal, according to President Ilham Aliyev, was to reduce regional tensions and prevent future wars.

Recently, there has been some support in Armenia, albeit at a low level, in response to Azerbaijan’s and Turkey’s proposals for regional cooperation. Some Armenian politicians, including Pashinyan, recognize that without regional cooperation, Armenia’s future is in danger. Pashinyan’s statement that Armenia should review its relations with its neighbors is remarkable. Armenian President Armen Sarkissian also acknowledged this reality during a visit to Georgia, stating that Armenia should improve relations with Georgia and Azerbaijan.

The resolution of the Karabakh issue has also created new opportunities for Turkey and Armenia to establish diplomatic relations and open the border between them. Statements by both countries’ authorities indicate that they are willing to go in that direction. One of the main issues between the parties in this case is one of trust. Mutual trust must be established in addition to diplomatic relations between the two sides in order to achieve normalization of relations between the peoples of both sides. Biden’s statement, on the other hand, undermines trust between the two peoples and jeopardizes the normalization of relations. “The tension caused by the use of the issue in parliamentary agendas for decades has not served the rapprochement of the two nations; on the contrary, it provokes hostile feelings and delays peace,” said Sahak Mashalian, head of Turkey’s Armenian Patriarchate.

As a result of Biden’s statement, there’s a possibility that the demand for the “genocide” to be recognized will resurface on the bilateral agenda. Turkey has a clear proposal in this regard: establish a joint commission to investigate the events of 1915. Armenia, however, rejects this proposal and opposes an objective examination of the events. Therefore, Biden’s statement undermines the possibility reconciliation between Turkey and Armenia.

Furthermore, there are also revanchist and radical nationalist opposition groups competing against Pashinyan ahead of the June snap parliamentary elections announced after Pashinyan’s resignation. Although these groups have been trying for a long time to gain support in Armenia, they have remained weak against Pashinyan. Because of Biden’s statement, however, these radical groups in Armenia now have the chance to become more active and increase the number of their supporters. Therefore, Biden’s statement negatively affects regional cooperation opportunities as well as Armenia’s pre-election process, playing into the hands of radical nationalist groups.

Biden’s statement does not appear to be in the best interests of Turkish Armenians, either. President Recep Tayyip Erdogan’s condolence messages to Turkish Armenians have served to build a climate of trust in Turkey for the past 18 years. Therefore, Armenians living in Turkey are expressing their discomfort with Biden’s statement. They believe that third parties are exploiting the Armenian issue for political gain. “The US and the EU are involved in the issue with political motives,” Bedros Sirinoglu, the head of the Armenian Foundations Union in Istanbul, said last Friday, criticizing political authorities for instrumentalizing the 1915 incidents, which happened between the Turkish and Armenian nations. He stated that “the prerequisite for empathy with the Armenian people is to not play with the dignity of the Turkish people or adopting a hostile attitude towards Turkey.”

As we have seen, Biden’s statement pleased neither Turkey nor Azerbaijan, nor all Armenians, but rather some radical nationalist elements in the diaspora and in Armenia. This declaration jeopardizes regional peace while confining Armenia’s future to events that occurred over a century ago. Instead of making such provocative statements, the Biden administration should seek ways to support the region’s post-conflict peacebuilding and cooperation process. This would help to increase the chances of a lasting peace between Turkey and Armenia, as well as between Azerbaijan and Armenia peace, by following through on the November 10 declaration.

Dr. Javid Valiyev is the head of a department at the Baku-based think-tank Center of Analysis of International Relations (AIR), that focuses on Azerbaijani foreign policy, geopolitics in South Caucasus, internal and external policy of Turkey, Azerbaijan-Turkey relations.