Ilham Aliyev: If Armenia continues to put under question Azerbaijan’s territorial integrity, Azerbaijan will have to take analogical steps 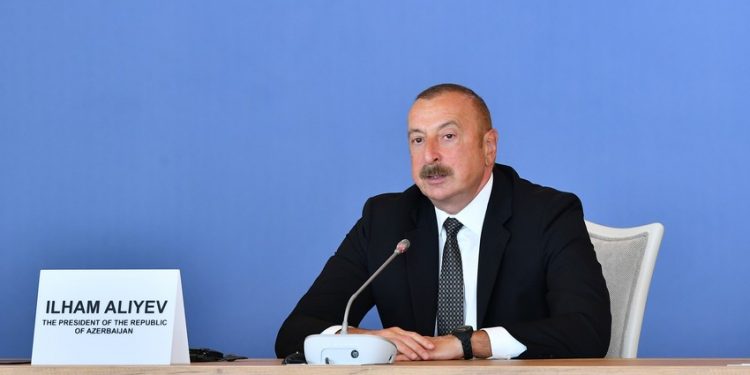 The president noted that this way will lead to a deadlock: “I think Armenian government should not forget lessons of the second Karabakh war and learn that lesson well. And refrain from any kind of territorial claims to Azerbaijan.”