Ilham Aliyev on the construction of the road bypassing Lachin

In his speech at the cabinet meeting President of Azerbaijan Ilham Aliyev said that a new alternative road bypassing Lachin is expected to be commissioned this year. 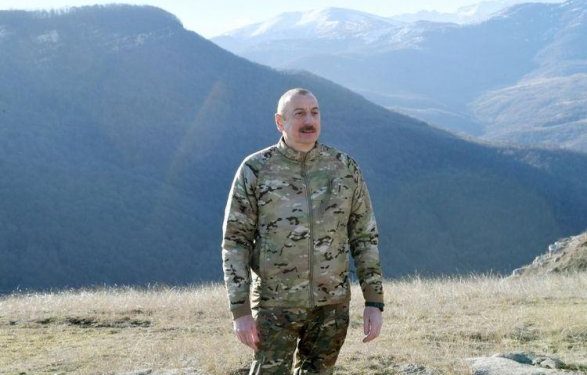 Note that according to the Moscow peace agreement of November 10, Armenia committed itself to withdraw from the center of Lachin District, through which the corridor connecting Armenia to Karabakh goes, after the construction of a new road bypassing Lachin.

“This road is also very important,” the President said. “The Fizuli–Gadrut road, the Gubadli–Eyvazli country road and others are also expected to be commissioned this year. In particular, the construction of military roads in Kalbajar and Lachin districts will be continued. About 700 kilometers of roads were built last year alone in places where there had never been roads before in history. That is, these roads go all the way to the Azerbaijani-Armenian border.”