The president of the European Council on Sunday continued with his tour of the South Caucasus, holding talks in Baku with Azerbaijani president Ilham Aliyev. 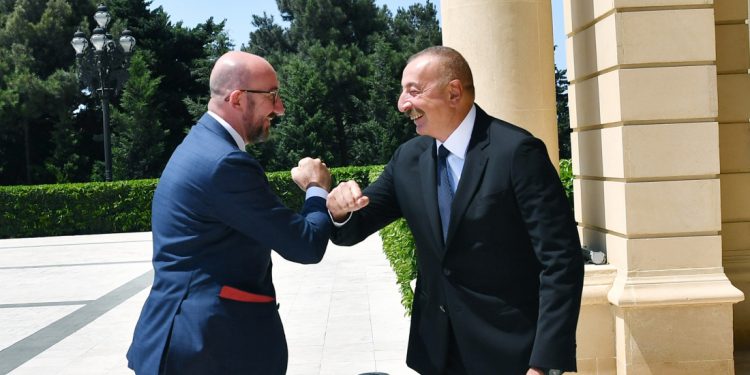 The EU is ready to play a constructive role as an honest broker with #Azerbaijan and #Armenia in addition to the Minsk group efforts.

We want to share our expertise to provide more stability and to promote sustainable peace in the region.@presidentaz pic.twitter.com/0eWpPvbd76

Both leaders hailed the deep and varied relations between the European Union and Azerbaijani. As president Michel pointed out, this relationship is not dependant on EU financial support to Azerbaijan but on concrete projects of co-operation which are beneficial to both sides.

President Michel on Sunday evening travelled to Georgia on the last lap of his visit to the South Caucasus.