Increase in Iranian global threats, spearheaded by the IRGC

The systematic Iranian threat is much larger and more robust than just one network of spies and agents in one place and another network elsewhere. 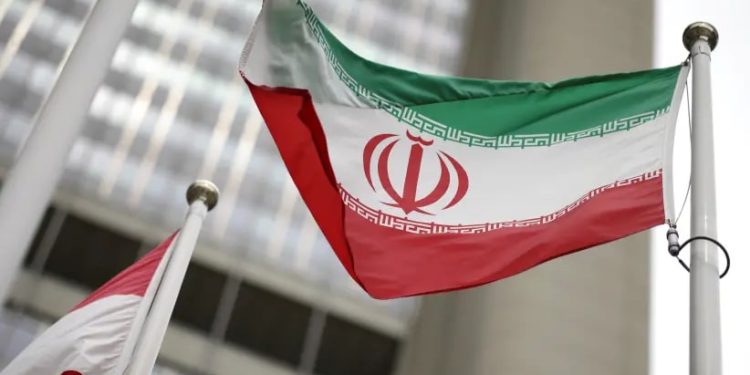 Iranian agents are scouring the world for dissidents and spying on countries from Azerbaijan to the US. The reports this week show an increasingly dangerous web of Iranian plots all around the world, from the Caucasus to the US and UK.

This is important because the reports sometimes make it appear that one country or another has suddenly found an Iranian regime plot, when in fact the systematic Iranian threat is much larger and more robust than just one network of spies and agents in one place and another network somewhere else.

Iran’s global threats are not new phenomena, Iran has often carried out plots all over the world, targeting dissidents, targeting Israel, or other missions. However, as Iran is increasingly in the spotlight for its crackdown on protesters there is more alarm in the West and at international organizations such as the UN regarding Iran’s activities.

Let’s look at some recent news on Iran’s activities. Azerbaijan is increasingly concerned about Iran’s threats. According to Al-Jazeera “Azerbaijan has arrested five of its nationals for spying for Iran after a rise in tensions between the neighbors, which regard each other with mutual suspicion.” Baku has said that the recent arrests are part of  “measures aimed at countering intelligence-disruptive activities carried out by Iranian secret services against Azerbaijan”.

The Iranian spies are accused of various activities, from photographing energy infrastructure to carrying out other forms of surveillance. Al-Jazeera said that the “five people had been gathering information about the military, including the procurement of Israeli and Turkish drones and the country’s energy infrastructure.”

What’s happening in the UK?

Meanwhile, in the UK, agents of the Islamic Revolutionary Guard Corps have targeted dissidents and been threatening them.  “We will come for you”, the Iranian IRGC members have allegedly threatened. “An exiled Iranian journalist who is now under British police protection following the warnings disclosed last week said it was clear that Tehran has sent a hit team to London,” according to an article in The National. The same article notes that one dissident told The Sunday Times that the warnings from IRGC agents include threats to stop work critiquing the regime.

Hundreds of journalists and political activists in the UK have received letters from British counterterrorism police in recent months warning that they may be targeted by Iran due to their opposition to the Islamic Republic, The Sunday Times reported early Sunday morning. Meanwhile Iran International noted that “Iran’s intelligence minister has implicitly threatened the UK of terrorist operations after the country decried attempted menacing acts against two London-based Iran International journalists.”

On Monday the Associated Press noted that “the Biden administration has determined that Iranian threats against former Secretary of State Mike Pompeo and one of his former top aides remain credible and persist nearly two years after they left office.” The State Department notified Congress as recently as last week about the threats to Pompeo and Hook. This is a “serious and credible threat from a foreign power or agent of a foreign power” the report says.

“The determinations — which mean Pompeo and Hook will continue to receive government protection — were signed by Deputy Secretary of State for Management Brian McKeon on Nov. 8 and sent to Congress on Nov. 9, according to the notifications obtained by The Associated Press.”

It is hard to quantify whether these threats are an increased level of Iranian operational tempo, seeking to lash out abroad as Iran faces struggles at home, or whether these are part of a long-term systematic threat that Iran has launched years ago.

The increased tensions with Azerbaijan seem to have led to the detention of the suspects and the suspects appear to have been accused of carrying out activities that go back several years. Evidence that the threats have increased comes from the fact that Iran has also carried out drone and rocket attacks against Kurdish dissidents in Iraq, on November 14 and in late September. This illustrates that Iran’s IRGC has been asked to go after dissidents all over the world.