Iranian Ambassador to Baku Seyed Abbas Mousavi said the Islamic Republic is ready for demining and rebuilding the liberated areas in the Karabakh region. 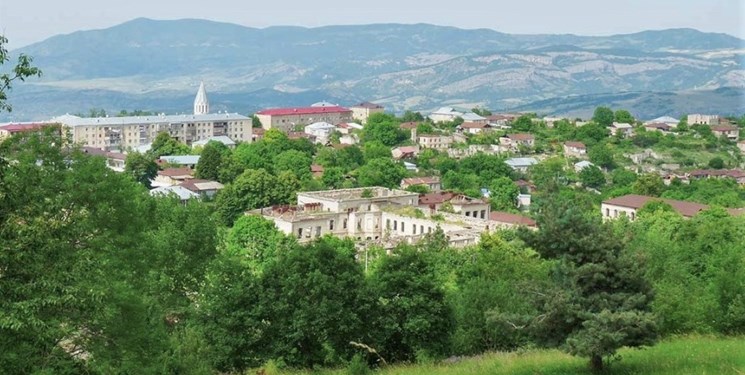 “I announced that the Islamic Republic of Iran is fully prepared for demining and reconstructing these areas,” Seyed Abbas Mousavi made the remarks in his visit to the liberated Aghdam city.

“We visited the liberated city of Aghdam along with the resident diplomatic staff and in the presence of Hikmet Hajiyev Foreign Policy Assistant to the President of the Republic of Azerbaijan,” he wrote on his Twitter page on Sunday.

The envoy noted that the reconstruction plan of Aghdam, a modern city with 100,000 inhabitants, is a good opportunity for Iranian companies.

Karabakh is internationally recognized as part of Azerbaijan, but it has been held by ethnic Armenian separatists backed by Armenia since 1992, when they broke from Azerbaijan in a war that killed some 30,000 people.

The conflict re-erupted in late September 2020, becoming the worst fighting in the region in decades.

After weeks of fighting in and around Karabakh, the separatist government of the region finally acknowledged in November 2020 that it had lost control of the mountain enclave’s second-largest city of Shusha and that Azerbaijani forces were closing in on the main city of Khankendi, which Armenians call Stepanakert after a Bolshevik militant in the early 20th century.

Armenia and Azerbaijan eventually agreed to end hostilities in early November under a deal that secured territorial advances for Azerbaijan in Karabakh and seven surrounding districts.