Iran wants Russia to know that it is concerned by both the presence of Israel-Azerbaijan relations as well as Turkey’s moves to open up a land corridor. 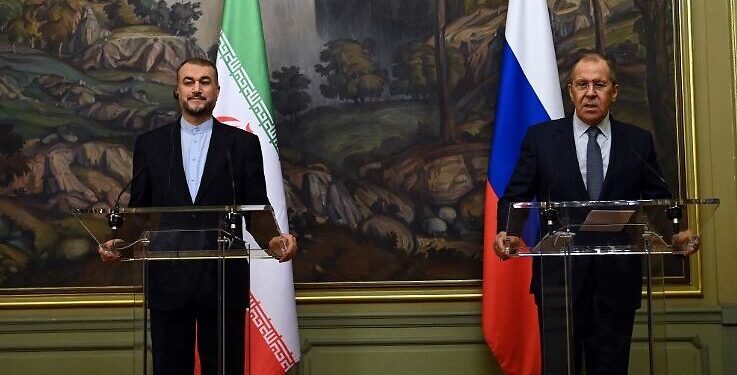 Iran is worried. It sees an emerging alliance between Turkey and Azerbaijan as well as between Azerbaijan and Israel as potentially cutting it off from a land route to Russia. It is concerned that Turkey and Azerbaijan will then work directly with China and push Iran aside, weakening it economically at a time when Tehran is already weak.

Now Iran wants to ask the Russians if they realize what is happening in their own backyard. That was the subject of a Fars News analysis on Russia’s policies that likely reflects how Iran’s rulers see the challenge. What plans does Turkey have for Russia in the Caucasus, the article asks. “Russia has traditionally played a very important role in the Caucasus region, and this role can be influenced by Turkey’s efforts to bring about geopolitical change in the region.”

When Iran says “geopolitical” it tends to hint at Israeli involvement and also Turkey’s push for expanding ties with Baku. “The Caucasus region is undoubtedly one of the main areas of Russian national security,” the article says.

But it notes that “Russia’s priority has often been to prevent Western and American influence in the region, especially in the Caspian Sea and the Caucasus. In the first decade of the 21st century, the Americans made great efforts to be present in the Caspian region under the pretext of securing this region.” Iran wanted the US to be removed and it hoped Russia would agree. That is why Tehran was happy to see America leave Afghanistan and see US influence rolled back.

“New moves by Ankara and Baku to disrupt the geopolitical order in the region could, to some extent, turn the tide to the detriment of the Russians; however, it seems that Russia is currently assessing the situation.” Iran wants Russia to know that it should be wary of only working with Turkey on issues like the S-400 deals and that it is time Moscow care about Iran as well. In short, Iran wants Russia to stop compartmentalizing everything with Turkey as Ankara grows more provocative.

TEHRAN UNDERSTANDS that Moscow has traded the S-400s for prying Turkey away from the West. But this suits Turkey’s interests. “The Russians have made great efforts over the years to keep Turkey as far away from the Western front as possible. The sale of the S-400 missile defense system to Turkey was part of this strategy.” Iran knows that the “Russians continue to show interest in selling newer military equipment to Turkey.” Iran is wondering: What about us?

Iran argues that Russia and Turkey do not agree on Syria and Libya. “Turkey also has an extensive network of security and intelligence communications with NATO members, particularly the United States, which Washington uses as a platform for gathering important data on the region. Turkey, for example, continues to deploy part of the US radar system in the region to counter any type of ballistic missile launch in the region.”

Iran notes that Turkey still has US troops at the Incerlik base. “It even seems that US nuclear weapons are still in the concrete bases of the base,” Iran’s Fars news says. “All these signs are enough to make us believe that Turkey’s dependence on the United States and NATO is something that can be eliminated with just a few political differences.”

The main question is whether, despite all this, the Russians can allow Ankara to venture into the Caucasus, the article asks. “Turkey’s influence in the Caucasus and the Caspian region could be a perfect example of challenging Moscow’s power in the region. Since the collapse of the Soviet Union, the Russians have made great strides in gaining the trust of the countries of the region, and in the meantime they have been somewhat successful.”

The article argues that Russia was able to get Armenia on its side on various issues, but has failed in Ukraine and Georgia on some other issues. “The events in Ukraine in 2014 change this direction somewhat. For example, the Republic of Azerbaijan moved towards expanding military relations with Turkey and, as expected, was able to gain Turkish military support in the recent battle of Nagorno-Karabakh,” it said.

THIS IS Iran’s Achilles heel, apparently. “The most important threat facing the Russians in the current situation is the expansion of Turkey’s presence as a NATO member in the southern corridor of the region. In fact, if Turkey’s plan to fully annex itself to the Republic of Azerbaijan via Armenia is implemented, it can be expected that Russia will have problems with Iran through Armenia’s land border. This would limit Iran’s relationship with Russia to the Caspian Sea as well as to Central Asia, and would impede Iran-Russia interaction.”

Iran openly admits now that it faces a real challenge here. “Armenia, as a country that has historically relied on Russian support in the region, will be in trouble. The combination of these developments will close the hands of the Russians in the region. In addition, Turkey’s behavior in various cases will be much more unpredictable.”

Iran is worried. “After its defeats and failures in the Libyan and Syrian cases, Turkey has a strong desire to at least achieve a minimal achievement in the Caucasus region. This achievement, which is the land connection with the Republic of Azerbaijan, can implement [Turkey President Recep Tayyip] Erdogan’s plans to establish a land connection with the communication corridors with China without passing through Iran.”

The article argues that Russia may move to restrict Turkey’s movement in the region. “In the meantime, Iran can play an important role in the decision-making of the Russians. The visit of the Iranian Foreign Minister to Moscow can be considered a move in the same direction.” Iran now says the delegation they sent to Moscow warned the Russians about Turkey’s actions and also “the presence of terrorists and to the movements of the Zionist regime in the region against peace and stability and security.”

Iran says this is very sensitive. It wants Russia to know that it is concerned by both the presence of Israel-Azerbaijan relations as well as Turkey’s moves to open up a land corridor. “Undoubtedly, Russia is also seriously monitoring the developments in the region, and doubts about Turkey’s movements in the Caucasus have long been formed in the Kremlin.”

Perhaps. But Iran is messaging here how concerned it is that time may not be on its side. It feels that Russia is ignoring its concerns and prefers Turkey. What will Iran do next? This is the crossroads where Tehran now finds itself.