Zarif arrived in Baku last night for a single-day trip to visit senior officials of the Caucasian country. The two officials exchanged views on the latest bilateral developments and important regional and international issues. 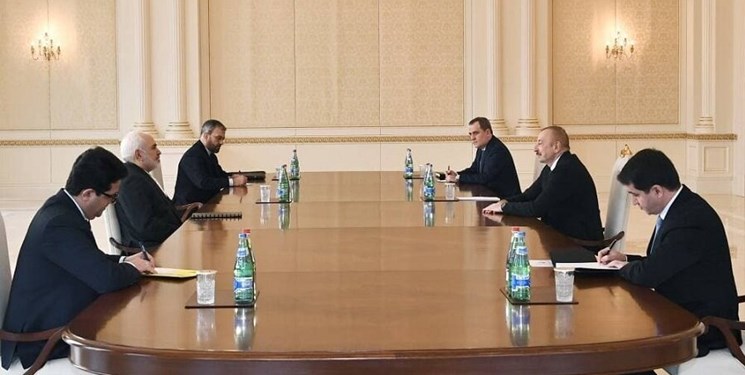 In a relevant event in February, high-ranking Iranian and Azeri officials in a meeting in Baku explored avenues to further bolster relations between the two neighboring Muslim states.

During the meeting, both sides reaffirmed that there is a great capacity for further development of cooperation between the two countries.

They also stressed the development of bilateral relations in different areas.

Referring to the new conditions created in the region after the recent crisis in Nagorno-Karabakh and the liberation of the occupied territories of the Republic of Azerbaijan, as well as new opportunities for cooperation between the two countries, both sides stressed the implementation of joint economic projects.

They exchanged views on some other issues of mutual interest too.

He highlighted the joint efforts for the development of the north-south and south-west international transport corridors and Iran’s readiness to expand cooperation with the Republic of Azerbaijan in various fields.