Is it time to revisit the Trans-Caspian Pipeline plan?

One of Europe’s strategic partners in this field is Azerbaijan, which already supplies large quantities of gas to Europe. According to the OEC, more than 80% of Baku’s total exports is made up of crude oil and gas, which is largely directed toward European markets. 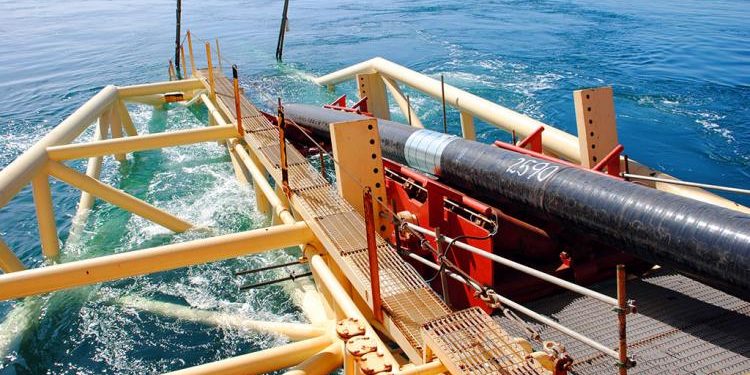 Since February of this year, the escalation of the conflict in Ukraine has had extensive repercussions around the globe. The geopolitical scene is seeing military buildups in Europe, unprecedented since World War II, stronger political and diplomatic ties – within NATO and between Moscow and Beijing – and increasingly groundbreaking economic shifts, with many Western countries imposing sanctions against Russia and divesting their Russian assets. One of the most important factors caused by this domino effect appears to be energy security in Europe.

This topic has long been discussed in Brussels, as 40% of the total gas consumption in 2021 was imported from Russia. The war in Ukraine is once again highlighting Europe’s dependency on Russian hydrocarbons and the need for alternate energy supply amid the ecological transition strategies that the European Union (EU) has bolstered, first under the New Green Deal and then through the Recovery plan.

Considering the current war in Ukraine, it seems unlikely that EU Member States will abandon fossil fuels quickly, especially given the current severing of ties with Moscow. On the one hand, while this may be a great opportunity to propel forward renewable energies, it is also forcing numerous European countries to seek different energy suppliers. One of Europe’s strategic partners in this field is Azerbaijan, which already supplies large quantities of gas to Europe. According to the OEC, more than 80% of Baku’s total exports is made up of crude oil and gas, which is largely directed toward European markets. In fact, Shah Deniz, which is the largest Azeri gas field in the Caspian Sea region, is connected to Europe through the Southern Gas Corridor, a network of pipelines that comprises the South Caucasus Pipeline (SCP), the Trans-Anatolian Pipeline (TANAP), and the Trans-Adriatic Pipeline (TAP).

Given the already important role played by Baku and the extremely precarious nature of EU-Russian relations, European countries have approached the Azeri government in order to diversify their energy supplies. In late February, the Trans-Anatolian Natural Gas Pipeline (TANAP) Director General Saltuk Dzyuzol, confirmed the increase in gas pumped from 14.5 billion cubic meters (bcm) to 16.2 bcm, with the intention of further expanding the quantity transferred in future years.

While Azerbaijan is becoming a new source for European energy diversification, this potential outsourcing translates into the need for the Azeri government to find new energy partners for its growing domestic demand. In recent years, Azerbaijan has sought new energy supplies in renewable energies but has also partnered with other countries to secure further inputs, as they did with Iran and Turkmenistan, which secured 2bcm/year coming to the West side of the Caspian Sea.

In this context, the Trans-Caspian Pipeline (TCGP), an undersea pipeline that would cross the Caspian Sea between Turkmenistan and Azerbaijan, is becoming an increasingly likely strategic project that could soon find new sponsors given the recent geopolitical developments.

The TCGP project has been around since the 1990s and has since been periodically revamped. In 2011, the EU was promoting the Nabucco, a pipeline project which aimed to provide natural gas from Shah Deniz to Central Europe, and Turkmenistan was being considered as a potential supplier for Brussels. In the same year, Juan Manuel Barroso, then President of the European Commission, traveled to Ashgabat and other countries to explore opportunities for gas exports, thus reviving international attention on the TCGP as a possible corridor to deliver additional gas to Europe by bridging the two Caspian sea sides. Similar to the current geopolitical situation, the Nabucco pipeline was aimed at gas diversification to decrease dependence on Russia, a goal that became increasingly important due to the rising tensions between Moscow and Kyiv. In 2017, the EU provided partial funding for an evaluation of the TCGP as part of a larger assessment for the expansion of the Southern Gas Corridor.

One year later, the Convention on the Legal Status of the Caspian Sea was signed by Azerbaijan, Iran, Kazakhstan, Russia, and Turkmenistan, which could be a major step towards the development of the TCGP, depending on the implementation and cooperation among the littoral states. The Convention provides guidelines for dispute resolution but also to streamline negotiations concerning the Caspian Sea and its seabed. In this regard, Article 14.3 states: “Submarine cables and pipelines routes shall be determined by agreement with the Party the seabed sector of which is to be crossed by the cable or pipeline”. In the case of the TCGP, this means, in theory, that talks on the project can be exclusively of a bilateral nature between Azerbaijan and Turkmenistan, without necessarily involving the other littoral states.

In April 2021, an American-led group, the Trans-Caspian Resources Incorporated (TCRI), revitalized the idea of building the Trans-Caspian Pipeline. The project, spearheaded by Bert Watson, a former government consultant, and former US Ambassador Allan Mustard, envisions a two-step process for the TCGP’s realization. First, the creation of a 50-mile-long connector would connect two oil and gas platforms in the Caspian Sea, one Turkmen and one Azeri, which will then serve, according to TCRI, as a sign of realistic progress and commitment towards the completion of the pipeline, which should transport in between 10 and 12 bcm/year.

Many questions remain in terms of feasibility, commercial pricing, economic sustainability, and China’s role. Beijing currently imports the vast majority of Turkmen gas, and the hypothesis of building the TCGP would spark quite the political game among Ashgabat and other partners. Nevertheless, these conditions have arguably created a situation that may push the EU and other actors to sponsor the Trans-Caspian project.