Azerbaijan has issued a diplomatic demarche to Russia following an outburst of criticism by Russian maverick politician, Vladimir Zhirinovski. 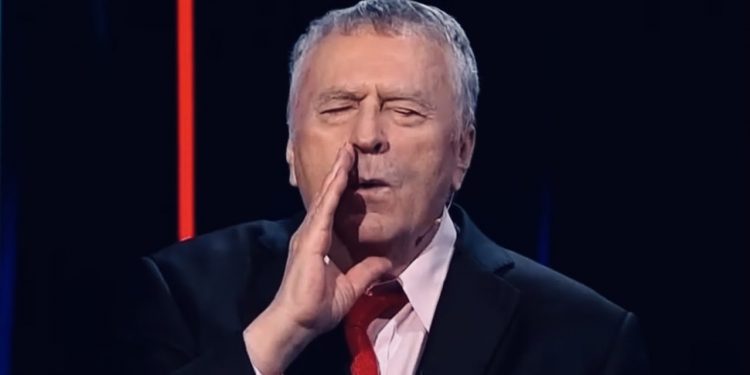 The Russian Charge’ d’affairs in Baku was summoned to the foreign ministry on Sunday morning and handed a protest note following comments made on air by Zhirinovski during an interview on July 30 on Komsomolskaya Pravda radio station.

The Ministry said that the comments were  biased and offensive.

A statement from the Azerbaijani foreign ministry later explained that during the meeting the Russian diplomat in Baku was told that the behavior of a person represented in the State Duma of the Russian Federation is not only unethical, but also incompatible with the spirit of friendship and strategic partnership between the two countries, and that voicing irresponsible and provocative statements designed to harm these relations is unacceptable.

Azerbaijani media sources reported that during the interview Zhirinovski predicted that soon there will be a coup in Baku backed by western countries and the opposition, and that the government of Ilham Aliyev would only be saved by a Russian intervention.

Vladimir Zhirinovski is a long standing member of the Russian state Duma and leader of the Liberal Democratic Party. Whilst often dismissed as an eccentric with little political weight, Zhirinovski has survived in the rough and tumble of Russian politics, were many others simply succumbed under the pressure of the Kremlin. Some say that this is partly due to the fact that Zhirinovski is himself a Kremlin project, used sometimes to say outrageous things that the Kremlin does not want to be associated with directly.

The Azerbaijani foreign ministry clearly thinks that the outburst could not be left unanswered. Relations between Russia and Azerbaijan are traditionally good, but go through regular awkward moments as the two sides do not see eye to eye on many issues. It seems this is one such moment, and the Kremlin may have used its attack dog to pile up some pressure.

US Ambassador: Azerbaijan’s energy infrastructure to make it future supplier of hydrogen to Europe