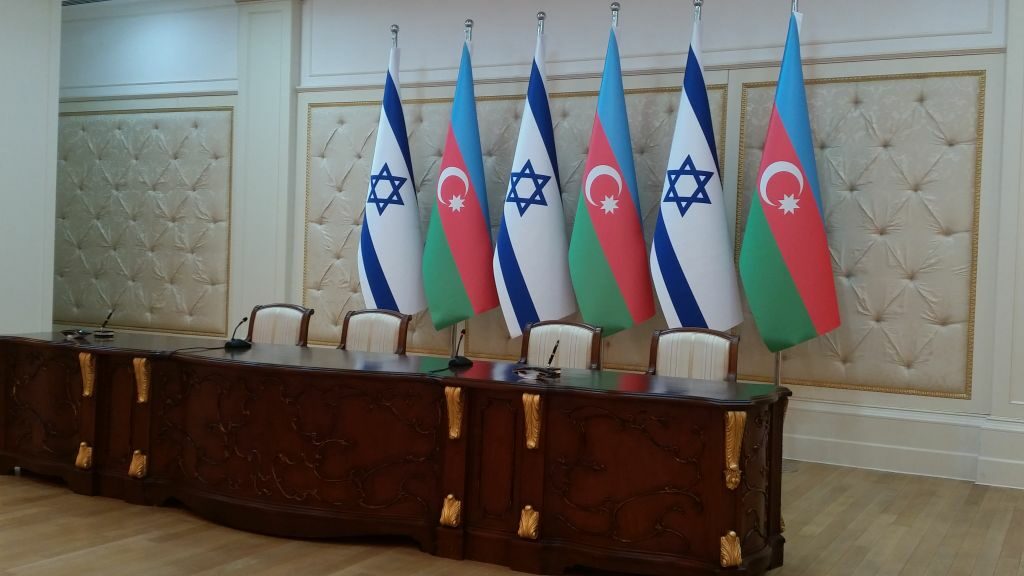 After 11 days of war, 4,000 rockets and now a fragile ceasefire, Israel will undoubtedly continue to grapple with the challenge of narrative warfare. Mainstream media refuse to identify Hamas and Palestinian Islamic Jihad as terrorist organizations, while Israel’s own public diplomacy efforts are increasingly scrutinized.

At the same time, an often-overlooked element of this narrative warfare comes from Armenia and its supporters. Armenian commentators exploit the Israeli-Palestinian conflict in an attempt to score political points regarding the conflict between Armenia and Azerbaijan in the South Caucasus region.

“‘Self-defense’ can’t justify the systematic vilification & dehumanization that has led the world to see the assault on Palestine as permissible. We too felt that deafening silence when Azerbaijan, armed by Israel, forced Armenians from their land,” tweeted Alex Galitsky, communications director for the Armenian National Committee of America (ANCA) lobby’s Western Region, on May 11. The next day, Galitsky tweeted that the Simon Wiesenthal Center’s criticism of Palestinian terrorism was “coming from an organization whose associate dean once said that ‘Azerbaijan’s tolerance is a model for other countries,’ even as its genocidal government institutionalized the dehumanization of the Armenian people & prepared for the invasion and ethnic cleansing of Artsakh.”

Despite his anti-Israel stance, Galitsky remains a columnist in Israeli media, including The Jerusalem Post, The Times of Israel and Haaretz. By publishing Galitsky, these outlets ignore the chronic anti-Semitism of the ANCA, whose tweets have featured a painting of the arrest of Jesus to invoke the myth that Jews killed Jesus, as well as silver coins to conjure the conspiracy theory of Jewish control over financial markets and governments.

Galitsky is not alone when it comes to anti-Israel sentiment within the ANCA staff. Simon Maghakyan, community development coordinator of the lobby’s Western Region, tweeted on May 11 that “there can’t be sustainable security w/o addressing the foundational cause of the conflict—the oppression of Palestinians.”

While they take the Palestinian side in the conflict, pro-Armenian commentators ask Israel to “rethink its relationship with Azerbaijan,” as Galitsky proposed last July in The Jerusalem Post. They typically advocate for closer Israel-Armenia ties based on a shared history of suffering and call for the end of Israeli military assistance to Azerbaijan. Also writing in The Jerusalem Post, Harut Sassounian, publisher of a Southern California-based Armenian newspaper, recently asserted that it is “disgraceful that descendants of the Holocaust are arming Azerbaijan to kill survivors of the Armenian Genocide for a fistful of dollars!”

The comparison of Jewish and Armenian suffering is particularly offensive when considering Armenia’s pattern of glorifying Nazi collaborators. In 2016, Armenia infamously erected a monument in Yerevan that honors Garegin Nzhdeh, commander of the Armenian Legion, a unit that fought in Crimea, the Caucasus and Southern France as the Nazis rounded up Jews and resistance fighters, and marched them to concentration camps. Nzhdeh is honored through statues, streets and memorials in nearly 20 different Armenian municipalities.

It would seem that Azerbaijanis should share a greater affinity with the Palestinians due to their Muslim-majority populations. But in reality, Azerbaijani and Israeli societies have much more in common than Israel and Armenia. Azerbaijan and Israel embrace religious, ethnic and cultural diversity, including Muslim-majority Azerbaijan’s centuries-old Jewish community, which reports that it does not experience anti-Semitism, as well as Arabs’ 20 percent share of Israel’s population. Armenia, however, is a virtually homogeneous Christian society whose population believes in a series of anti-Semitic stereotypes at an even higher rate (58 percent) than Iranians (56 percent), according to the Anti-Defamation League. This positions the Armenian population much closer to Palestinian society than Israeli society.

Commenting on the latest conflict with Hamas, Israel’s Ambassador to Azerbaijan George Deek noted the similarities between the Israeli and Azerbaijani experiences.

“Our families are living under the constant threat that if they won’t reach a shelter within 10 seconds, they might die. Unfortunately, innocent Israeli civilians lost their lives, including Ido Avigal, a boy of 5 years old, who was in his bed when a Hamas rocket killed him. As I saw these imagines, I was taken back to my visit to Ganja last October, a day after innocent Azerbaijani civilians were attacked in their beds by rockets in the middle of the night. I remember the devastation, the elders who became homeless and those kids who saw their school turn into rubbles. I particularly remember the heartbreaking encounter with the family of Artur Mayakov, a young kid who lost his life in Ganja while sleeping in his room,” wrote Deek, referring to an Armenian Scud missile attack that killed 13 people in a residential neighborhood during last fall’s war with Azerbaijan.

With Israel trying to defend itself against Palestinian terrorism and simultaneous salvos in the media, it’s time for the Jewish community to firmly reject Armenian narrative warfare, including efforts to undermine the Israel-Azerbaijan relationship.

Paul Miller is president and executive director of the news and public-policy group Haym Salomon Center.