According to the Foreign Ministry, the two top diplomats also discussed pressing issues on the bilateral, regional and international agenda. 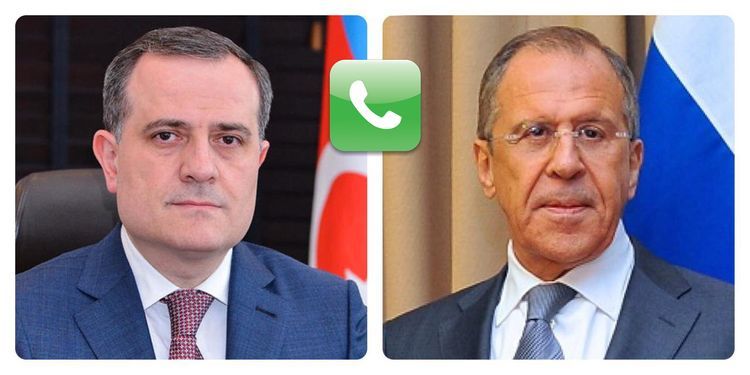 Russian Foreign Minister Sergey Lavrov and his Azerbaijani counterpart Jeyhun Bayramov discussed ways of normalizing the situation on the Armenian-Azerbaijani border over the phone on Monday.

“A substantive exchange of views took place on various aspects of the implementation of the statements by the leaders of Russia, Azerbaijan and Armenia of November 9, 2020, and January 11, 2021, and on the ways of normalizing the situation near the Armenian-Azerbaijani border,” the Russian Foreign Ministry said in a statement.

According to the Foreign Ministry, the two top diplomats also discussed pressing issues on the bilateral, regional and international agenda. “[They] highlighted the importance of the early resumption of the activities of the trilateral working group co-chaired by the Russian, Azerbaijani and Armenian deputy prime ministers on reviving economic and transport ties in the region,” the report said. “[They] discussed issues related to further deepening cooperation on international platforms, including the UN, the OSCE and the Caspian Five.”

The ministers noted with satisfaction “the progressive development of multifaceted Russian-Azerbaijani relations, the steady growth of trade and economic ties.” “They reaffirmed their mutual commitment to implementing the agreements reached during Azerbaijani President Ilham Aliyev’s working visit to Russia on July 20,” the Russian Foreign Ministry said.

“An agreement was reached on further contacts between the Foreign Ministries,” it added.