Russian Foreign Minister Sergei Lavrov has stressed the need start the process of delimitation and demarcation of the Armenian-Azerbaijani border as soon as possible. 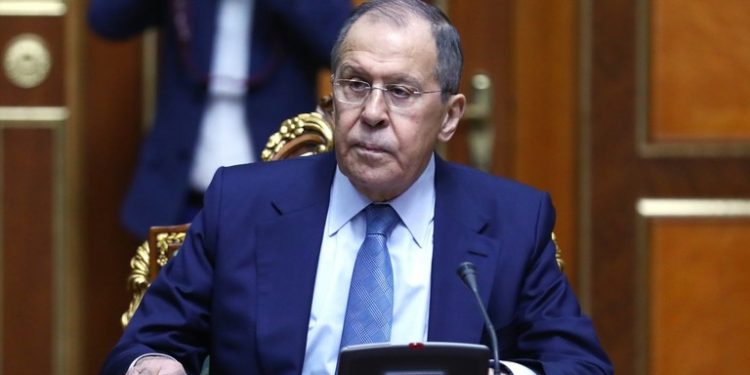 Lavrov made the remarks in phone talks with his Armenian counterpart Ararat Mirzoyan on Wednesday, December 8. Lavrov also emphasized the importance of bringing into a practical field the agreements within the Trilateral Working Group on unblocking transport and economic ties, co-chaired by the Deputy Prime Ministers of Azerbaijan, Armenia and Russia.

The foreign policy chiefs discussed bilateral, regional and international issues. According to information provided by the Russian side, particular attention was paid to the implementation of the Sochi agreements of the leaders of Azerbaijan, Armenia and Russia from November 26.

The Deputy PMs of Armenia, Russia and Azerbaijan first meet in person on January 30 in Moscow to discuss new transport communications that would link Armenia, Russia and Azerbaijan. New rail and road routes in the South Caucasus are expected to connect the Azerbaijani Autonomous Republic of Nakhichevan with the rest of the country, for which a road will be built through the territory of Armenia. There will also be road and rail routes through the territory of Azerbaijan to connect Armenia to Russia.