Lukashenko off to Azerbaijan on visit

Belarus President Aleksandr Lukashenko has left for Azerbaijan on a visit from Minsk National Airport, BelTA has learned. 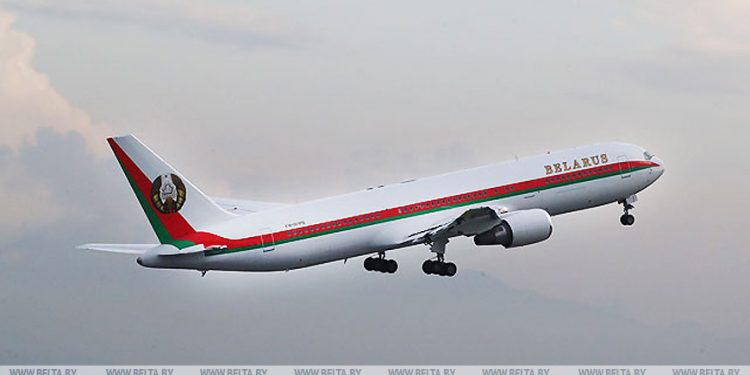 In Baku the Belarusian head of state of state will hold talks with his Azerbaijani counterpart Ilham Aliyev. The presidents will discuss major avenues of Belarus-Azerbaijan cooperation and strategic issues of bilateral interaction. “Special attention will be drawn to the expansion of the trade and economic interaction and the intensification of cooperation. The sides will discuss industrial cooperation, current and promising projects in the manufacturing sector and food supplies, processing of agricultural products. The sides will also focus on cooperation in healthcare, science and technology, education and tourism,” the press release of the presidential press service read the previous day.

In 2020, the trade turnover of Belarus and Azerbaijan was close to $500 million. Azerbaijan was among Belarus’ top 15 trade partners. Since 2007, an assembly facility for Belarusian machines has been operational at the Ganja Auto Plant. Over the years the plant has assembled 11,500 Belarusian tractors and about 3,500 MAZ, Amkodor, Belkommunmash and Gomselmash vehicles.

Belarus is taking part in the project to modernize the railway infrastructure of Azerbaijan delivering passenger trains and locomotives of the Belarusian-Swiss manufacturer Stadler.

Ambassador Extraordinary and Plenipotentiary of Belarus to Azerbaijan Andrei Ravkov told BelTA that the two countries have made big progress from chaotic contacts between two small former Soviet republics to the truly strategic partnership of the two sovereign states over the years of cooperation.

“Of course, the economy is the foundation of cooperation. The humanitarian field is not lagging behind: we have established solid ties between scientific communities, cooperation in culture, education and healthcare is increasingly vibrant. Besides, the traditional support of Belarus and Azerbaijan on the international arena is important,” Andrei Ravkov said.