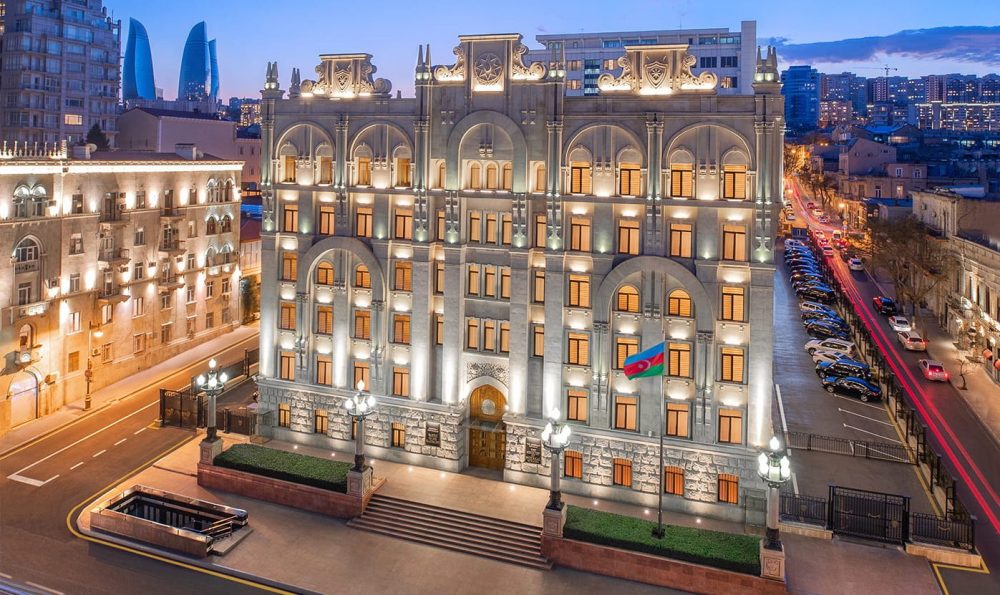 “On 14 May 2022, a group of people held a rally in Fountains Square in Sabayil District that was not approved by the competent government agencies. Despite the fact that the rally was held in violation of the Law of the Republic of Azerbaijan ‘On Freedom of Assembly’, police officers did not interfere with the rally, on the contrary, they ensured the safety of the protesters, and an appropriate statement was made. No incidents were reported during the rally.

“However, the UK Embassy in Azerbaijan has spread incorrect information about police interference in the rally and about a large number of detainees, thus unreasonably interfering in the internal affairs of Azerbaijan.

“It is unclear why the UK Embassy in Azerbaijan made a wrong assessment of the rally and voiced accusations, when the rally proceeded in a regular manner and the police behavior was assessed as satisfactory by the organizers and participants of the rally. We view this statement as an attempt to undermine the reputation of police officers who were carrying out their duties.

“We call on the UK Embassy in Azerbaijan to refute the disseminated statement and acknowledge its mistake.

“We hope that the UK Embassy in Azerbaijan will carry out activities aimed at development of cooperation and sincere dialogue between the two countries and will not create artificial political obstacles,” the statement of the Ministry of Internal Affairs says.