“Money in the morning – gas in the evening”: why in the Azerbaijan capital do not accumulate debts for housing and communal services?

Meanwhile, as this elementary market principle in the housing and communal sphere does not work in Ukraine, in Azerbaijan and in the countries of the European Union, getting into debt for communal services is a priori unprofitable for the client, because the service is turned off quickly! 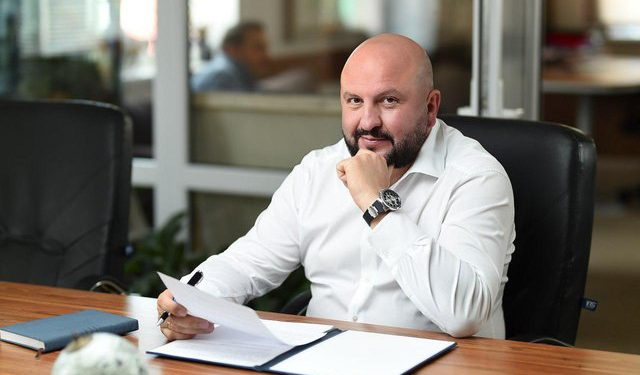 Interview with Oleh Titamyr, President of the NGO “Ukrainian Organization for Consumer Protection”

Can Ukraine be interested in the Azerbaijani experience in smart accounting of housing and communal resources?

Recently, the State Statistics Service of Ukraine released the following figures: in January this year the indebtedness of the population for consumed housing and communal services increased by 10.1%, or by UAH 7 443.5 million to UAH 81 042.8 million, compared to December 2020. In fact, in the context of recent years, the debts of Ukrainian consumers for housing and communal services are growing steadily.

And neither the state nor the enterprises of the sector can cope with this negative trend. Moreover, officials and suppliers constantly complain that the most ignored payment for utilities is just wealthy consumers and middle-income households – while, for example, most retirees regularly pay for the services, spending the last penny.

State mechanisms to combat malicious defaulters for housing and communal utilities can not be called rational and sufficient, and the judicial procedure for debt collection is long and inefficient. Such a situation leads to the fact that housing and communal companies are constantly reducing investment in the modernization of outdated, still Soviet infrastructure, accumulate debts to contractors. After all, the uninterrupted and high-quality provision of services is under threat, and there are risks of blackouts of electricity, water and other resources.

However, is it possible to get out of such a communal “dead end”? Yes, maybe. And this was brilliantly demonstrated by the case of Azerbaijan.

The fact is that in this country since 2011 the state, local authorities and suppliers have launched a co-financing program of the installation of smart gas, water and electricity meters in households. With the help of these devices, the principle of payment for utilities has changed dramatically. The Azerbaijani consumer pays for a certain amount of utilities in advance, as well as for any other product – food, clothing or mobile services. To do this, the supplier – when installing a “smart” meter, – issues a plastic card similar to a bank. Advance payment is made to a personal account, after which the consumer inserts the card into a special slot in the meter, and the device reads the financial information. Then, a number appears on the screen showing the amount of resource purchased by the household, then the device records the used gas, electricity or water, and the meter data is transmitted to the supplier automatically!

Thanks to this large-scale reform, residents of Baku and other large cities have long forgotten about the inconvenient procedure of transferring credentials to the gas “office”, the latter is completely deprived of the opportunity to “hang” on the shoulders of consumers additional and unreasonable gas costs. In addition, the opportunity for gas distribution companies to manipulate the so-called the declared annual capacity of the resource, as it happens in Ukraine, when the consumer often has to pay for larger volumes of distributed gas than for the actual consumption. At the same time, the Azerbaijani innovation on smart meters and prepayment for housing and communal services has allowed suppliers to optimize the bloated staff of controllers and call center employees – because the whole process of communication between housing and communal service provider and consumer is digitalized as much as possible! This, in turn, made it possible to reduce the wage component in the cost of the service, and thus reduce the cost of housing and communal services for households!

At the same time, it is difficult to overestimate the main effect of smart meters and the new system of payment for these services in Azerbaijan. This system completely eliminates the possibility of indebtedness of consumers for consumed resources, because the meters work exclusively on prepayment. You ran out of money on your smart card, did not pay on time for the resource – the service is stopped! Everything is fair: after all, gas, electricity, water, etc. is the same commodity as bread, milk, or mobile services. Well, the consumer cannot, for example, take the goods in the supermarket, paying for it later, or not pay at all! And if the subscriber has exhausted the funds on the mobile phone, the operator automatically blocks the service until the subscriber replenishes the account.

Meanwhile, as this elementary market principle in the housing and communal sphere does not work in Ukraine, in Azerbaijan and in the countries of the European Union, getting into debt for communal services is a priori unprofitable for the client, because the service is turned off quickly! Thus, due to the comprehensive reform of the accounting of housing and communal services in a number of Azerbaijani cities, and, in particular, in the agglomeration of “Big Baku”, debts for communal services for the last 5 years (i.e., since most households were provided with smart meters) have virtually stopped accumulating!

By the way, another “nuance”: Azerbaijani innovation in accounting of housing and communal resources also provides protection of consumers from force majeure situations, when the card runs out of money quickly, and the smart meter heartlessly “disconnects” the subscriber from the service. A few days before the account is completely depleted, “smart” devices notify consumers that the payment deadline is approaching. In addition, the supply of gas or water is not stopped immediately – the resource is delivered to the subscriber within a few days in the “format” of receivables. In addition, when installing a smart meter on the balance of the consumer is even a loan for a certain amount!

Is the Azerbaijani communal “case” interesting and instructive for Ukraine? Of course so. Will it be introduced in the domestic housing and communal industry in the near future? I think not. After all: a) for years regional gas companies cannot provide all households with meters – membrane or rotary (smart devices are not mentioned at all!); b) non-transparency in the market of housing and communal services, lack of 100% accounting, unreasonable charging for the services for the majority of Ukrainian consumers “according to regulations”, transfer of high “losses” in networks on the shoulders of subscribers – a huge opportunity for suppliers to quickly and illegally enrich themselves by “selling air”; c) relevant government agencies are not at all interested in implementing radical reforms in the housing and communal industry, as transparent and clear rules in this market, established in the interests of consumers, mean the end of large-scale corruption schemes, from which many officials still feed with impunity.

Can ‘make trade not war’ become a new reality in the Caucasus?

Israel, Azerbaijan and the globalization of entrepreneurship