More cargo between Europe-Azerbaijan through Turkey

ADY Container, a subsidy of Azerbaijan Railways, extends its collaboration with Pasifik Eurasia, the official operator of Turkish Railways. The two companies are setting up a new project where ADY Containers will transport cargo from Azerbaijan to Turkey, and then Pasifik Eurasia will carry it forward to Europe. 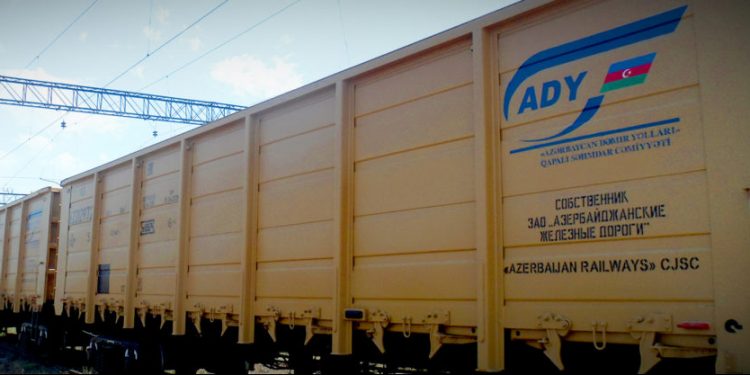 In this context, the first train between Istanbul and Hungary operated by Pasifik Eurasia is already on its way. The train will be reloaded in Hungary and return full to Turkey.

The cooperation framework between the two companies will work on the basis of their TURKUAZ project. Specifically, Pasifik Eurasia and ADY Containers will transport containers between Azerbaijan and Europe and vice versa. In this way, Azerbaijani cargo will find its way towards European countries and stimulate transportation between Turkey and Azerbaijan along the Baku-Tbilisi-Kars (BTK) corridor.

Last April, the companies initiated a stable collaboration by launching an express container train service travelling between Istanbul and Mersin in Turkey and Baku in Azerbaijan. The train consists of 21 45-foot containers and travels between the destinations two times per week. Additionally, it transports European products, arriving at Turkish Black Sea ports, to Azerbaijan.

Its transit time is six days, while it plays a significant role in keeping the BTK line active and increasing its volumes. Specifically, in the first quarter of 2021, the corridor saw an increase of 85 per cent in volumes compared to the same period in 2020. In June 2021, the TURKUAZ project transported about 222 containers through the BTK line, increasing notably the corridor’s volumes which for the first half of 2021 has seen the record number of 11,084 transported TEUs, a number almost equal to the transported containers of 2020 (11,748 TEUs).