Moscow’s efforts to promote the development of a north-south trade corridor through the Caucasus and to use Iran to circumvent Western sanctions have given Tehran a new and expanded opportunity to take a leading role in the South Caucasus. 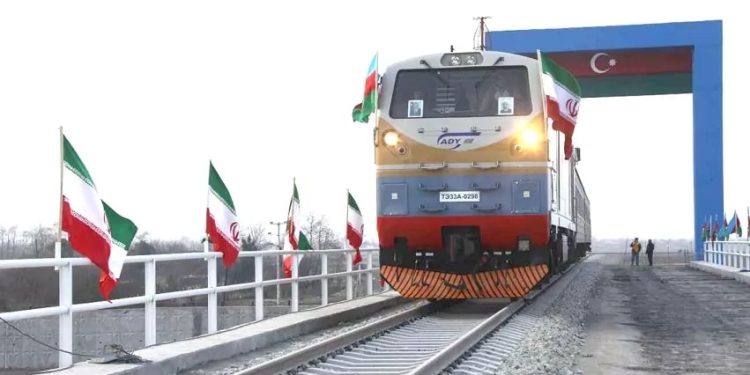 First and foremost, as Russia’s new ally against the West, Iran will enjoy increased influence, but that may just be the beginning. Tehran has moved swiftly to take advantage of this opening, given its desire to distract attention from domestic problems, including mounting domestic protests; counter the moves of its geopolitical opponent Turkey; and recover influence in a region it views as part of its natural patrimony. The Kremlin clearly hopes that Iran will remain tethered to Russia. Nevertheless, Tehran, through a series of actions over the past several months—especially the ongoing military exercises on its borders with Azerbaijan and Armenia—has shown that Iran has its own agenda and is prepared to strike a more independent course. It has underscored its new agenda-setting power by insisting that a meeting with Russian officials take place not in Moscow but in Grozny, the capital of Chechnya. That Iran may exploit this situation further for its own benefit is certain to become a matter of serious concern not only in Moscow but also across the region and in Western capitals.

Moscow gave Iran this new possibility because of its own need to find allies after its invasion of Ukraine led to a serious break with the West. Last summer, after a three-year gap, the Iran-Russia Joint Economic Committee met in Isfahan and agreed to cooperate on issues ranging from the development of the North-South Corridor in the Caucasus to Iran supplying Russia with the goods it could not acquire otherwise due to Western sanctions (Iran.ru, June 19, 2019; see EDM, July 13). Indeed, the range of agreements was so broad between the two partners that many both in Moscow and the West began to speak about the possible formation of a new anti-Western alliance—a view that was only strengthened when Russian President Vladimir Putin visited Iran a few weeks later on July 19 (for the fifth time during his reign) and when Moscow dispatched the leaders of more than 80 major Russian companies to Tehran to discuss expanding cooperation (see EDM, July 22).

However, this sweeping conclusion ignored two things. On the one hand, Moscow and Tehran remained in serious disagreement on key issues, including the delimitation of the Caspian Sea and the completion of a railroad to open the North-South Corridor (see EDM, July 26). On the other, Tehran increasingly acted on its own, sending its diplomats to Baku and Yerevan to explore official sentiments in each country—something that indicated Iran was not prepared to blindly follow Moscow’s lead (see EDM, September 23, October 14).

Nonetheless, cooperation between Moscow and Tehran has continued in the economic sphere, with Iran supplying Russia those goods compromised by Western sanctions and Russian officials stressing the critical nature of these ties. Underscoring this, the two sides are holding a formal meeting at the time of writing, albeit it is taking place in Grozny rather than in Moscow—something that speaks volumes about Iran’s expanding influence and Russia’s conclusion that it has no choice but to defer to Tehran more than it might have done before its war against Ukraine (Tehran Times, October 16; Akcent.site, October 28; Casp-geo.ru, October 29). Tehran’s increasingly proactive stance on the Caucasus in its statements and actions even led one Moscow commentator, Stanislav Tarasov, to ask, “Is Iran returning to the Caucasus?” Tarasov suggested that, if Tehran is not demonstrably there yet, it might be soon—including militarily (REGNUM, October 22).

After surveying Tehran’s expanded diplomatic activities in the South Caucasus in recent months, Tarasov pointed to something that has attracted little attention in the West, or even in Russia, but that may have major consequences for both in the future. This concerned the launch of massive military training exercises in the Iranian provinces bordering Armenia and Azerbaijan. (They began on October 17 and are ongoing.) These exercises, which have included an announced bridging of the Aras River, are clearly intended to signal that Iran will not tolerate any change in the status of the Zangezur Corridor, the land bridge between Azerbaijan proper and its Nakhchivan exclave. That position is consistent with Moscow’s, but these exercises underscore that Iran has its own ability to affect outcomes and may be ready to start exercising it.

Moreover, as Tarasov notes, these Iranian exercises are not being conducted by the Iranian army, which is charged with defending the country’s territorial integrity and security, but rather by the Iranian Revolutionary Guard Corps, “which is responsible for military actions beyond the borders of the territory of the country.” Because that is the case, he adds, “this is a signal not only to the countries of the region but to players beyond” that Iran has the capacity to ensure its will on the north of its borders by military means.

Tarasov insists that the only way to avoid such a move, which could trigger a far larger war, is to include Iran in all political and geopolitical processes in the Caucasus, “something that was not done after the Second Karabakh War.” But the question remains: “Are Russia, Turkey, Azerbaijan and Armenia prepared to do so?” That is far from clear, but the fact that a Russian analyst is now asking the question underscores a far more important point: Moscow has opened the way for Tehran to play a far greater role in the region than at any point in recent history. As such, the Kremlin must now deal with the reality that it may not be able to control Tehran’s actions, something that creates problems not only for Russia but for the wider region and the West as well.