Ahmad Obali, the founder of the popular U.S.-based Azeri-language television station Günaz TV, tells Ynet in an interview about the oppression the Azeri minority suffers under the Islamic Republic and its warm attitude toward Israel. 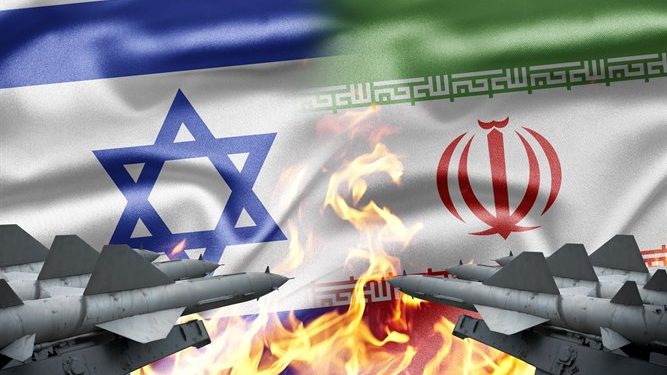 Ahmad Obali may not be a household name in Israel, but in Iran, especially among its large Azeri minority which constitutes about a third of the Islamic Republic’s population, he is regarded as a prominent voice for over 30 million people.

From his Chicago home basement, the 59-year-old Iranian émigré operates a satellite TV station that broadcasts in the Azerbaijani language to tens of millions of Azeris living in Iran and the diaspora.

“The Azeris in Iran see a friend in Israel. There is no reason for our people to consider the State of Israel an enemy. We, the Azeris in Iran, have a common enemy, and that is the mullahs,” he said, referring to Iran’s Islamist leadership.

Some consider Obali’s station to be the voice of the Azeri revolution in Iran. In both Azerbaijan and Iran, he has been dubbed the “Iranian-Azeri Anderson Cooper” after the CNN broadcaster.

In the eyes of the Iranian regime, Obali is considered an enemy — but Tehran has failed in preventing millions of citizens from watching his broadcasts via satellite, Skype, WhatsApp groups and other social networks, and countless Iranian Azeris go on air without fear.

After the 1979 Islamic Revolution, Obali, who then was a high school student, was arrested on suspicion of sedition. He managed to flee the country and found work at the UN Human Rights Council collecting reports of human rights violations in Iran. After four years, he arrived in the U.S. where he found asylum.

“After the revolution, we realized that what they were doing was not what they had promised. We were considered enemies of the regime and therefore they arrested me and my friends,” he said.

In 2004, Obali realized he had to raise awareness of the regime’s atrocities among Iran’s Azeri minority and established Günaz TV.

“We have been on the air 24 hours a day since 2005. Our broadcasts are in Azeri-Turkish, but every Saturday we also broadcast in Farsi. I give a lot of air time to the various minorities in Iran,” he said.

“Nobody has a majority in Iran, as it is a multinational society. There are Persians, Azeris, Kurds, Arabs, Turkmens and others. Not only is Iran a multi-ethnic country, but it is also multi-geographical. Each ethnic group has its own geographical area such as Kurdistan for Kurds and Arabistan for Arabs.”

According to Obali, the Azeris in Iran are perceived by the Iranians as Jews who had converted.

“The Azeris are mostly Shi’ites but they are definitely not against Jews. There is no reason to have problems between the Jews and the Azeris, there is a historical connection between them.

“In fact, the Azeris are the most tolerant group in Iran toward other religions and not only Jews. There’s no reason for us to be enemies. We’ve got all the reasons to be friends. The Azeris in Iran see a friend in Israel.”

Obali himself has never been to Israel before but hopes to visit the Jewish state once COVID-19 travel restrictions allow him to do so.

“Throughout history, there has been an Azeri national movement in Iran. The Azeris wanted more freedom, more secularism. There is also a movement that calls for the unification of the Azeris in Iran and the Republic of Azerbaijan, demanding the capital be in Tabriz and not in Baku. Hundreds of activists calling for independence have been jailed. They are being tortured in prison.

“There are demonstrations by Azeris in Iran but unfortunately they do not receive media coverage in the West. Foreign media in Iran sits only in Tehran and is not allowed to leave, the media can’t interview Azeris, which is a problem because when there is a demonstration, they do not know about it and that is where we step in with our TV station,” Obali said.

“We are the voice of the Azeris. Azeris have no representation even though they make up more than a third of the Iranian people. In the past, there was a faction in the Iranian parliament made up of Azeris. Out of 290 members of parliament in Iran — 109 have joined a group representing the Turkic-speaking regions in Iran. Iran sees these regions as a threat to its national security.”

What is the attitude of the Azeris in Iran towards Israel?

“I can tell you that most Iranian people are pro-Israel. But for Azeris, it is a fact. There are also Hezbollah representatives among the Azeris, but they are a minority. I would estimate that more than 90% of the Azeris are pro-Israel.”

‘Iran is an enemy, Israel is our sister’

Obali’s TV station, which is watched by an estimated one million people a day, reports extensively on the excellent cooperation between Israel and the Republic of Azerbaijan, which was particularly evident in the recent conflict between the central Asian nation and its neighbor Armenia in the contested Nagorno-Karabakh region.

The weapons that Israel sold to Azerbaijan, especially combat drones and missiles, played a decisive role in winning the campaign and Israeli flags have become a common sight in the Azeri capital of Baku where the Jewish state is held in very high regard.

This sentiment has peaked earlier this month when a humanitarian delegation comprised of Israeli medical professionals landed in Azerbaijan and treated over 150 Azeri soldiers wounded in the Nagorno-Karabakh conflict.

In a number of cases, the Israeli surgeons were able to restore sight to the wounded soldiers. Among the most notable examples are several Azeri soldiers in their early 20s, particularly Arif Gadzhiev, who lost his sight when he was hurt by an exploding shell that left him able to distinguish only between light and darkness. The surgery, which lasted several hours, included the removal of traumatic cataracts, insertion of an intraocular lens and a corneal transplant. After several days in recovery, Arif regained his ability to read.

The Israeli operation was broadly covered in Azeri media in Azerbaijan and Iran. Günaz TV brought on air about 40 Azeris from Tehran who showered Israel with warm words, calling the Jewish state “a friend” or a “sister nation” while labeling the Islamic Republic “an enemy.”

Hikmat Hajiyev, an assistant to the Azerbaijani president, has shared a message of gratitude on Twitter as he thanked the Israeli delegation for rendering ophthalmological assistance to wounded servicemen.

“Such a great story. We are thankful to the Israeli medical team for providing health support in ophthalmology for our wounded soldiers/officers. It is also a sign of friendship between our countries,” Hajiyev wrote in his Twitter account.

“It’s a very complicated situation. Iran has complex problems. The lack of opposition keeps the mullahs in power, this is the main problem. The main opposition to the Iranians must unite and understand that everybody has rights. Unfortunately, the Persian opposition thinks that if Azeris and Kurds get rights, the country will split and therefore they are not willing to unite with ethnic minorities. Without unification, it will be very difficult.”

‘Were the economic sanctions imposed on Iran by the U.S. successful?’

“I think the sanctions should not be lifted anytime soon and even when they are lifted, they should be partially lifted, because Iran is on its knees. Iran must surrender, stop sponsoring terrorism, give up its dangerous nuclear and missile programs. Iran has to give up a lot of things and if [U.S. President Joe] Biden presses them, they will do it.

“Internally, they are in a very difficult situation. But they will never abandon their ambition for nuclear weapons, no matter what agreement they reach with them, Tehran will cheat. In a sense, I think there will be no real change as long as the mullahs are in power. Sanctions should continue because this is the best solution so far but the ambition should be to establish a new government.”

‘What about an Israeli or American military option?’

“I’m neither for nor against Israeli or other military attacks, I will leave it to the countries. One thing I know for sure, that if there is an attack against the Iranian government, there is no reason for the people to unite behind the government. This is another misconception of the West.”