The notorious Western double standards towards Azerbaijan are an open secret. We have seen and continue to see them clearly in the context of the Armenian-Azerbaijani conflict over the Karabakh issue. 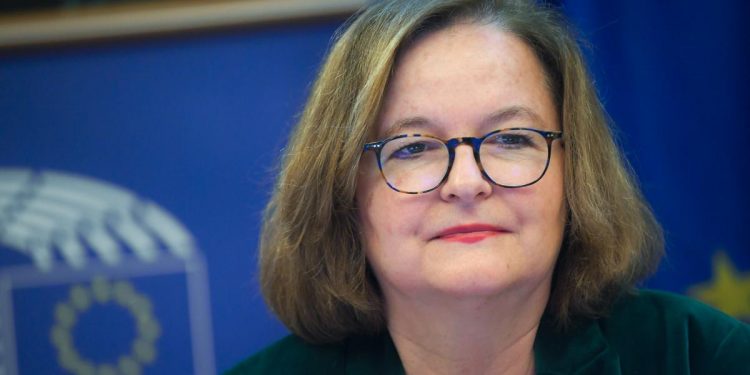 Especially prominent among some of those countries has been France, openly supporting Armenia’s criminal aggression, contrary to international law, throughout the entire period of the simmering Karabakh conflict, during the 44-day war and the post-war period. And this despite the fact that France was one of the co-chairs of the now defunct OSCE Minsk Group, established ostensibly for the purpose of a peaceful resolution of the conflict.

Admittedly, in words, official Paris supported the territorial integrity of Azerbaijan, just like the rest of the world, but, as we know, the talk was talked but the walk was not walked. Azerbaijan continues to be treated unfairly by certain Europeans of French descent to this day. The name of French member of the European Parliament Natalie Loiseau may not be as well-known to the Azerbaijani audience as that of Senator Valérie Boyer, but she is every bit as good as the latter when it comes to pleasing her Armenian masters.

Love for Armenians, or rather for their generous handouts, has made Natalie so blind that she is now unable to tell truth from lie, evil from good, aggressor from well-wisher. Then again, she is not particularly interested in historical justice: when the Armenian lobby tosses her a bowl of soup, they can twist and turn Natalie any way they want, at their whim.

“Not only is the Nagorno-Karabakh conflict unresolved and reignited at every opportunity, but Azerbaijan is thinking even bigger and does not seem to want to stop there. Who will say stop and protect Armenia? Are we unable to follow several crises at once?” the MEP lamented.

Note that Mr. Mustafayev said in his tweet that Zangezur had been illegally annexed to Armenia on December 2, 1920 to support the Armenian communist government that came to power in Yerevan.

By reacting in this manner, the Armenophile Natalie not only showed her historical illiteracy, but also bowed and curtsied to her masters. As the saying goes, they who paid the piper called the Armenian tune. By the way, this was not the first time Natalie Loiseau lashed out at our Ambassador to France. In January of this year, she reacted to one of Rahman Mustafayev’s tweets in the same illiterate and biased manner, when he shared President Ilham Aliyev’s statement that Baku would not allow the OSCE MG to deal with the settlement of the Karabakh conflict.

“Mr. Ambassador, diplomacy consists first of all in respecting the country where one has the honor to serve. France co-chairs the Minsk group and you pretend to disavow it. The Nagorno-Karabakh conflict is unresolved and the ceasefire poorly observed,” Loiseau tweeted.

Madame Loiseau’s tweet is strange, to say the least. What exactly constituted the lack of respect? Azerbaijan solving the problem without any intermediaries, including France, so there was no more need for their disservice? Indeed, the MEP was exposed to Armenians for so long that it had a damaging effect on her logic. She now thinks like an Armenian.

Now, as for the diplomacy and respect to which Loiseau appeals, this lady showed disrespect to Azerbaijan by visiting the Karabakh region after the war illegally, in defiance of all tenets of diplomacy, and giving an interview to “Artsakh TV” in April of this year.

She mentioned in that interview that during her visit to “Artsakh” after the war she saw firsthand how many people had returned to “the republic” and how important this land was to them.

“This is something that should not be questioned. This is their land, this is your land. And you have a strong will to stay on your land,” the MEP said.

She said that people were frightened because Azerbaijan was trying to force them to leave Karabakh, and added that this was unacceptable, that the EU should be more active in working on the status of “Nagorno-Karabakh” in such circumstances. The MEP expressed support for a peaceful resolution of the conflict, stressing that we must not forget that there is only one aggressor—Azerbaijan, and “the people of Karabakh” had been subjected to aggression in 2020.

The interesting part is that by doing so, Loiseau showed her disrespect not only to Azerbaijan, but also to France, which, as mentioned earlier, officially supports the territorial integrity of our country. But for a shiny Armenian coin, Natalie can bark at anyone, even God Himself.

“Sometimes it seems that these resolutions are adopted by the Armenian Parliament or perhaps some Armenian lobby groups have some influence on them. Otherwise, it is very difficult to understand that. This is what I mean when I said I was surprised,” the head of state said.

As we can see, the President of Azerbaijan was absolutely right. The example of Natalie Loiseau can be used as an indicator of the anti-Azerbaijani sentiments that reign in the European Parliament. And it is high time France, the home to holders of pseudo-European values of her sort, replaced the motto of the Great French Revolution “Liberty, Equality, Fraternity” with the one that fits the current French realities: “Money, Armenians, Unscrupulousness”…