An official meeting ceremony between the President of the Kyrgyz Republic Sadyr Japarov and the leader of the Republic of Azerbaijan Ilham Aliyev took place today at Zagulba Presidential Palace in Baku. 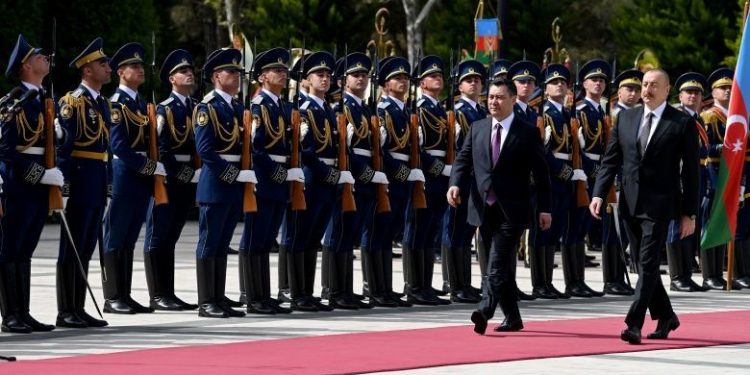 According to the press service of the head of state, the state flags of Kyrgyzstan and Azerbaijan were hung on the square in front of the residence. After mutual greetings, the leaders of the states walked around the guard of honor company.

After listening to the anthems of the two countries, Sadyr Japarov and Ilham Aliyev introduced the members of their official delegations, after which the guard of honor marched through.

At the end of the official meeting ceremony, the heads of state went to talks in a tête-à-tête format.