The Nagorno-Karabakh conflict has sunk into oblivion. There is no more such conflict and if someone thinks that this conflict continues, he is wrong. And Azerbaijan has no plans to use force in the territory of compact settlement of Armenians in Karabakh. 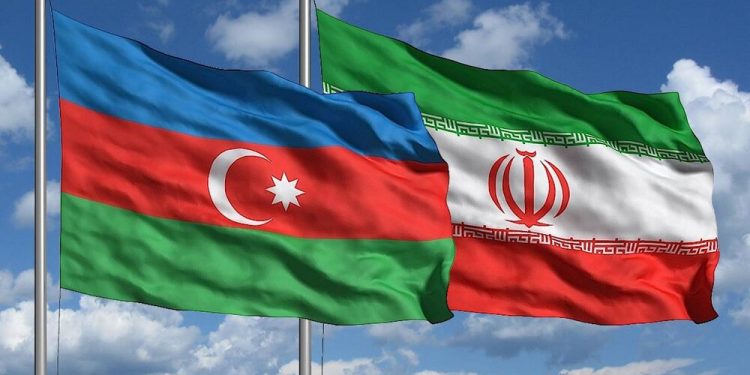 These words belong to the President of Azerbaijan. There is only one plan – the revival of Karabakh. For the revival of the liberated territories in 2021, the state budget of Azerbaijan provides 2.2 billion manats. It is clear that this amount will grow in the course of work. In addition, on January 4, 2021, the President of the Republic of Azerbaijan Ilham Aliyev has signed a decree on the establishment of the “Karabakh Revival Fund” public legal entity.

However, with the joint efforts of countries friendly to Azerbaijan, the above plan can be implemented quickly and efficiently. One of these countries is Iran, which is ready to take part in the reconstruction of the affected areas. High-ranking officials of Azerbaijan invited friendly countries, including Iran, to take part in the restoration of the liberated territories. Iran, which is a close neighbor of Azerbaijan, could contribute to the restoration of the liberated territories. On the one hand, these territories are located on and near the border of Iran with Azerbaijan from a geographical point of view. On the other hand, construction materials, raw materials, and labor in Iran are cheaper than in other countries.

Unfortunately, due to the Karabakh conflict, Tehran and Baku could not use all the opportunities and potential of the 132-kilometer section of the state border. Now the time has come to catch up and strengthen the interaction of the two countries in this direction.

Of course, before starting reconstruction, it is important to clear the liberated Azerbaijani territories from mines and unexploded ordnance. The Ministry of Defense and Support of the Armed Forces of Iran, companies subordinate to the Ministry, announced their readiness to take part in this process. Based on the principles of humanism, these companies are ready to clean up part of these territories free of charge, and the rest on a contract basis, Iranian Ambassador to Azerbaijan Seyyed Abbas Mousavi said.

The participation of Iranian companies in the demining of the affected Azerbaijani regions would be useful from the point of view that Azerbaijan has to carry out colossal work in the liberated territories. “It will take up to 13 years for the complete demining of all Azerbaijani lands liberated from the Armenian occupation in Karabakh,” said Gazanfar Ahmadov, director of the National Agency for Mine Action in Azerbaijan (ANAMA). When the Armenian Armed Forces left the occupied territories of Azerbaijan, they mined the main objects – power lines, water resources, as well as cemeteries, which greatly complicates the work of sappers. The only solution to this issue is the transfer of minefield maps to Azerbaijan, but the Armenian side refuses to provide them.

The liberation of the border regions with Iran returned to Azerbaijan control over the energy potential of the Aras River. Azerbaijan at the moment fully controls the Khudaferin Bridge and the reservoir. In December last year, a final agreement was reached between Iran and Azerbaijan on the construction of two hydroelectric power plants on the Aras River. The power generation potential at these stations will be 280 megawatt-hours, Iranian Energy Minister Reza Ardakanian said. The Khudaferin hydroelectric complex regulates 1.6 billion cubic meters of water per year and will provide water for an area of ​​120 thousand hectares. Recall that the agreement between Iran and Azerbaijan on the construction and operation of the Khudaferin and Gyz Galasy hydroelectric facilities was signed in 2016, that is, during the period when this territory was under Armenian occupation. This was an important strategic move by Republic of Azerbaijan.

After the end of the second Karabakh war, Azerbaijani-Iranian relations entered a new stage. This is a stage of prosperity and further deepening of trade and economic relations. Baku and Tehran have a good opportunity to expand transit and transport opportunities, as well as cooperation in all areas, including political, economic, trade, cultural and military spheres.

It is also important to note that in recent months, the bridge between Iran and Azerbaijan through Astarachay has been used in a full-fledged form, since there is an increase in exports and transit of Iran. Currently, about 200-300 trucks cross this bridge every day. However, Azerbaijan and Iran are determined to expand their transport and transit capabilities. The countries intend to build a new road bridge across Astarachay, which will be used not only by citizens but also by cars and trucks. This bridge will play an important role in the North-South corridor. Azerbaijan is a strategically important center in international cargo transportation, in particular on the North-South route.

Thus, in the post-war period, Iran and Azerbaijan will have to discuss and implement quite a few projects that will bring our countries closer together. And Iran’s participation in the restoration of the liberated Azerbaijani territories will serve as a good opportunity to further strengthen bilateral cooperation.

Seymur Mammadov is the director of the international expert club EurAsiaAz.