Recently, there have been more and more statements by official and non-official representatives of Russia, Azerbaijan, and third countries about the need to take control of the situation, to move towards the goals that have been set, referring to the agreements reached in 2020 and 2021. 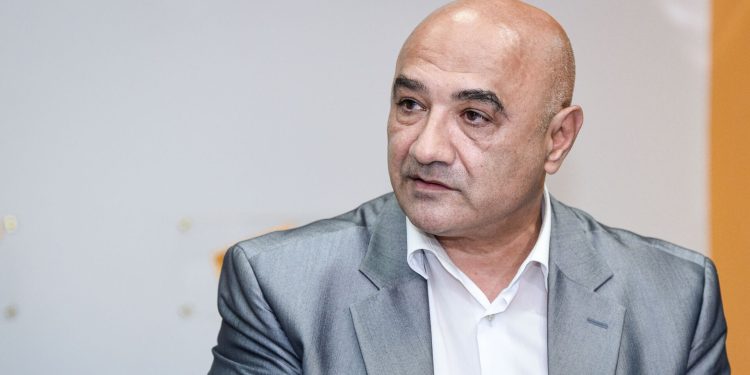 Russian Deputy Prime Minister Alexey Overchuk, for example, said that agreeing to the opening of communications is the only way out for Armenia, and that the country seems to be one step away from lifting the transport blockade.

Personally, I think Overchuk is a great optimist. And I understand the reason for his optimism. Reluctant to intimidate Pashinyan, Moscow is trying to use soft power to make Yerevan act more or less predictably. Everyone knows that Armenia says one thing today and something completely different in the morning. It goes against the political etiquette and adequacy as such, not only political but also human adequacy. Therefore, against the background of the statements made by the Russian side, in particular, by Russian Foreign Ministry spokesperson Maria Zakharova that external forces are hindering the peace process in the South Caucasus, we know who they are and who is hoping for what. Obviously, the Americans and the Europeans do not like Russia’s moderation and they traditionally use such a handy tool as Armenia as a weapon against Russia. Armenia’s resistance to its commitments is backed by the United States and France. And we know why. But the Armenian side should not forget that Washington and Paris are far away, while Moscow, Ankara and Baku are close.

Armenia is now elated. Madame Pelosi visited Yerevan, the defense minister went to the Pentagon, high-level meetings are being held, and the United States and India are promising weapons and military technologies to Armenians. Undoubtedly, this fuels revanchist appetites. Armenia thinks that they had nothing with which to counter the Azerbaijani army in 2020 because Russia, they say, betrayed them, and now they are going to look for an alternative to it. But this will not work. Russia, of course, did not betray anyone, but simply figured out who is on which side and how to finally achieve a stabilization in the region. Things used to be different. We remember that it was the Russian side that prevented Azerbaijan from bringing things to a logical conclusion in April 2016. The Armenians got lucky then. Even though they talked tough afterwards about showing us the Armenian fist, of course, it was far from the truth. It was a serious blow to the occupiers and a serious warning to Yerevan.

Today the second person in the General Staff of the Armenian Armed Forces seizes the moment to tell the representatives of the diplomatic corps accredited in Armenia about the “grand” plans. The army, says the General of the General Staff, has received orders from Supreme Commander-in-Chief Pashinyan, and it will show Azerbaijan what is what, it will not allow any changes to the borders and will restore the status quo.

What does it mean? It means that the Armenian political elite continues to go insane. They are really off their rocker if they still hope for some unexpected turns, some handouts from India, from the US, from France. And they seriously think that they can teach Azerbaijan a lesson and prove that the Armenians are not the loser here, but, on the contrary, have some capacity to put pressure on Baku and make it come to terms with something.

The situation could not be more ridiculous. In fact, the ball is entirely in Azerbaijan’s court, and Azerbaijan is making logical and rational moves. What opportunities does Armenia have to put pressure on us or strike at our positions, counting on international support? The truth is that the international support is in fact on Azerbaijan’s side, because Azerbaijan does not breach the international norms and agreements and strictly defends the international discipline. Armenia is once again demonstrating that as long as its high-ranking military officials make threats, it means that the country is not preparing for peace, and it has only one thing on its mind: to start a new war, to exacerbate the situation to the limit and to manipulate it to attract external forces to the region. But this is absurd. Certainly, the Americans, the French may be able to pull off some operation at the level of the UN Security Council, but it will not have any consequences.

Russian military forces are already present in the region: there are a military base and border troops in Armenia and a limited peacekeeping contingent in Azerbaijan. How can American, French or Indian troops come here in this situation? Of course, the Armenians can do anything they want in their own territory, but it is ridiculous to expect Baku to agree to such a thing.

The representative of the Armenian General Staff should recall what happened in August 2014, April 2016, the Tovuz events of July 2020 and, finally, in the 44-day war. He should not forget the chronology of these events, the perpetrator of which was Armenia itself, and Armenia itself paid for its arbitrary actions.

I find it inappropriate that foreign diplomats attending the meeting swallowed what the Armenian Deputy Chief of Staff said. Diplomats should still insist that the Armenian leadership work more on the peacemaking component of the process. If the Armenians are preparing for war, it will be a tragedy for them. There are no other options. There cannot be two opinions here. There is a joint Russian-Turkish monitoring center in the region. No matter how hard the Armenian side may try to ignore this fact, it exists and it records all the facts. Moreover, Azerbaijan itself has established a very tight control over everything that happens in our region, both on the border and in the area of temporary responsibility of the Russian peacekeeping forces, so nothing can escape our attention. And if the Armenians choose to concentrate military equipment along the borders, they must know that if they fire the first shot, there will be hell to pay for Armenia.

Azerbaijan has no intention of entrusting its fate to external forces, it will act on its own. Undoubtedly, there is a practice of the forewarning approach, the necessary warnings will be made. But as for the decisions, they will be taken by the Supreme Commander-in-Chief of the Armed Forces, President of Azerbaijan Ilham Aliyev. Our neighbors must not have any illusions that one day they will be able to change the situation that has formed in the region as a result of Azerbaijan’s victory. The current status quo is the creation of the Azerbaijani leader. It is his product, rational, thought-out, based on international law and promising preferences to everyone, including Armenia.

No external force has the power to change this status quo. Armenians should have no illusions about this.