The speakers of the parliaments of Azerbaijan, Turkey and Pakistan on Tuesday signed the Baku Declaration following the first of its kind trilateral meeting. 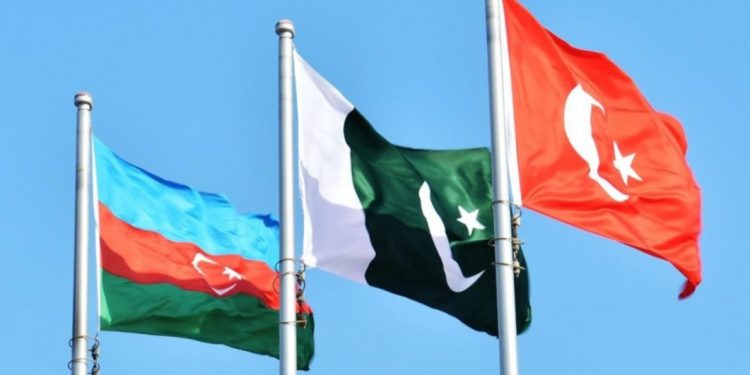 Sahiba Gafarova stressed that the declaration will contribute to strengthening strategic ties among three countries.

The Declaration will cover the expansion of cooperation between the parliaments of Azerbaijan, Turkey and Pakistan, further strengthening of political relations among the three countries and other areas.

The formation of Trilateral Platform was idea of the Speaker of Mili Majlis of Azerbaijan Sahiba Gafarova and it was endorsed by Speakers of Pakistan.

Apart from participating in First Trilateral Meeting, Pakistani Parliamentary delegation will have meetings with Azeri delegations; both countries Azerbaijan and Pakitan will also sign Memorandum of Understanding on Inter-Parliamentary Cooperation.

The visit will serve interests of Pakistan’s policy to foster relations with brotherly countries and compliment the vision of regional connectivity.

The Speaker National Assembly of Pakistan will reiterate its support to Azerbaijan and will congratulate Azeri authorities on their great victory in the 44 days of patriotic war. The Speaker will also highlight issue of Indian Illegally Occupied Jammu and Kashmir during visit.