ADA University hosted "Post-Conflict Development in the South Caucasus" roundtable hearings organized by the State Committee on Work with Diaspora together with the university. 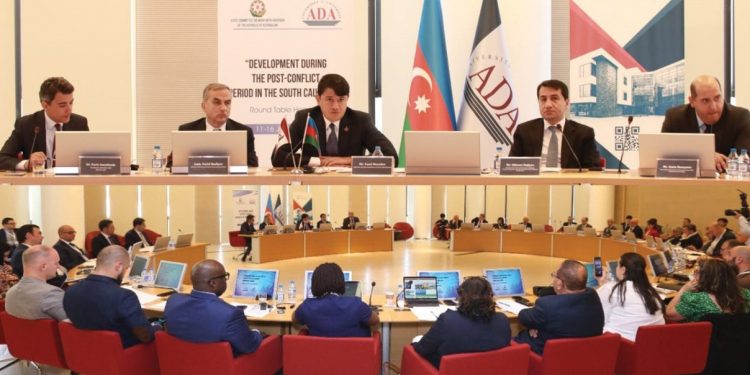 The discussions were moderated by Fariz Ismailzade, Vice Rector of ADA University.

Hikmet Hajiyev, Assistant of the President of the Republic of Azerbaijan, Head of Foreign Policy Affairs Department of the Presidential Administration, spoke in detail about Azerbaijan’s leading role in the South Caucasus and its participation in large-scale projects, demining of the lands liberated from occupation by our valiant army led by Commander-in-Chief Ilham Aliyev, the restoration and construction work being carried out in these territories with the involvement of international experience, the return of IDPs to their homes, and other measures being taken by the state.

Chairman of the State Committee on Work with Diaspora Fuad Muradov touched upon the work done to raise international awareness, such as organizing visits of foreign historians, journalists and experts to the territories liberated from occupation, efforts of the Azerbaijani diaspora to inform international community about Azerbaijani realities, about the acts of vandalism committed by Armenia against cultural heritage in the region, and the restoration and construction work carried out by Azerbaijan in the post-conflict period, as well as the committee’s relations with international organizations.

Emin Huseynov, Special Representative of the President of the Republic of Azerbaijan in the liberated territories of the Karabakh economic region (excluding Shusha District), Aide to the First Vice President, shared with the participants of the round table detailed information about the large-scale restoration and construction work in Karabakh, development prospects and available resources in the region, creation of knowledge-based economy to speed up social and economic development, introduction of new strategies in the development of Karabakh and prioritizing digital technologies. 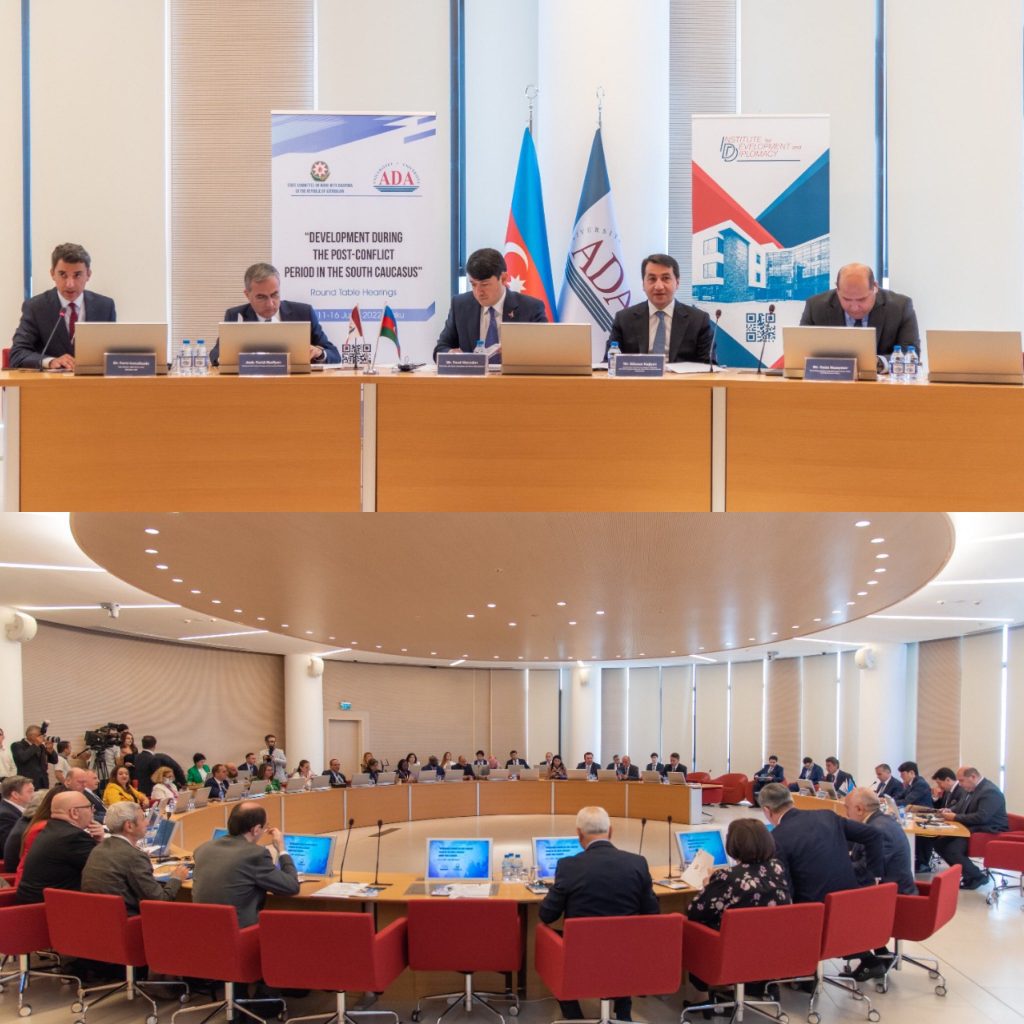 Farid Shafiyev, Chairman of the Board of the Center of Analysis of International Relations, spoke about the history of the Karabakh conflict, Armenia’s deliberate policy of ethnic cleansing, Azerbaijan’s strategic role in the South Caucasus, and the importance of proper awareness-raising efforts for informing the international opinion.

It was emphasized at the roundtable hearing that foreign experts play an important role in providing to the international community unbiased information about the development of the South Caucasus region, the restoration and construction efforts underway in Karabakh, and the true facts about Azerbaijan.