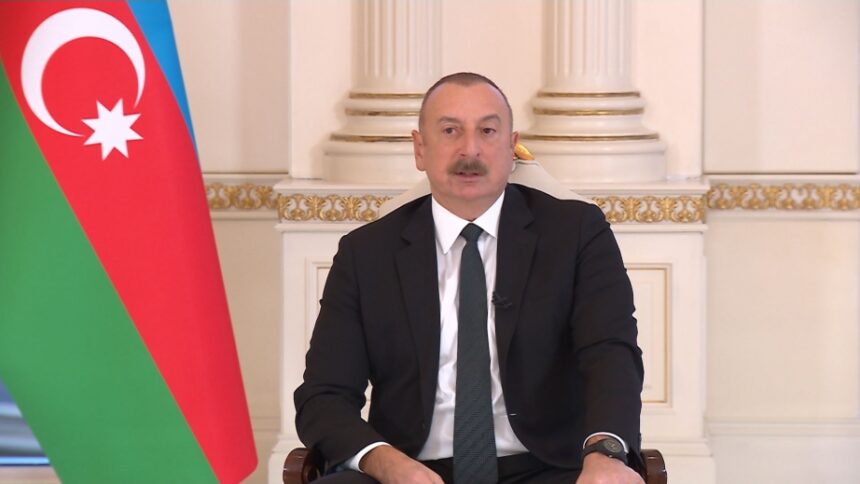 “Our victory in the war aggravated a lot of people in France. Now, looking back, we see and are further convinced that the Minsk Group, especially France, is trying hard to make sure that the issue remains unresolved. We did not put up with that, and I believe the main reason for this anti-Azerbaijani position of France is that we have completely foiled their plans and they were unable to save Armenia, which they had taken under their protection,” the press service of the head of state quotes President Ilham Aliyev as saying in his interview with local TV channels yesterday.

The head of state stressed that the current situation is the result of the actions of the French government. “I hope that a government will be formed in France in the future that will value the relations with Azerbaijan, because we have always cooperated with them in our policies only with the intention of friendship,” President Ilham Aliyev pointed out.

“I recently said in a closed-door meeting that France can live without us, and we can live without France, neither they nor we will feel it. But this is their path, it is their choice and we still have done nothing against them. We simply responded during the war. I do not want to say anything now about the high-level contacts during the war, as they took place during closed-door talks. But during the war we had, as they say, very tense relations. During the war, France openly accused us, slandered us. I now demand an apology from them,” the President said.