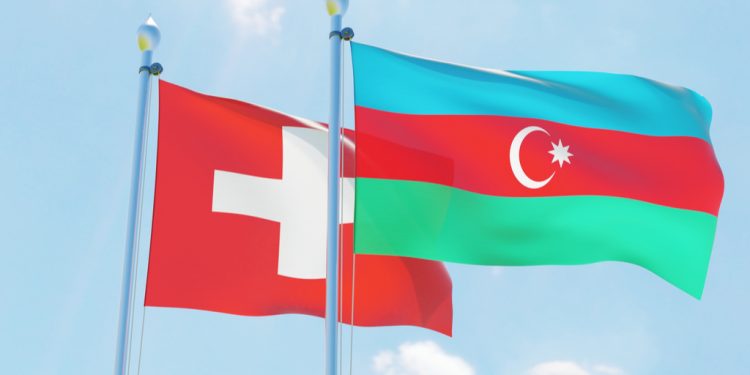 In response to these accusations the Embassy would like to deliver the below listed facts to the Swiss media:

– Azerbaijan has always been committed to upholding its obligations under international humanitarian law (IHL) and the principles of humanity. Promotion of respect for and strict compliance with IHL norms is a part of military education in Azerbaijan and the relevant state structures closely cooperates with ICRC and other similar bodies to that end;

– Azerbaijan has taken measures necessary to prevent any act of violation by its servicemen of international humanitarian law. The Ministry of Defense of the Republic of Azerbaijan, in cooperation with the ICRC, has prepared special brochures with instructions on compliance with combat rules and other elements of international law, including treatment of civilian population during the conduct of war, and handed them over to the servicemen of the Armed Forces of Azerbaijan;

– During 44-Day Patriotic War and in its aftermath, Azerbaijan has consistently demonstrated its strong commitment to IHL;

– Azerbaijan has provided all the conditions for the search and retrieval of remains of Armenian servicemen. Remains of up to 1800 Armenian military servicemen have been retrieved;

– Azerbaijan, in line with its obligations under international humanitarian law, has also taken very seriously the allegations of inhumane and degrading treatment by some Azerbaijani servicemen over the captured Armenian military. On the basis of the materials collected in connection with those allegations, the Military Prosecutor’s Office of Azerbaijan has initiated criminal investigations. Thus far, the Prosecutor’s Office has identified 4 military servicemen of the Azerbaijani Army as potentially being responsible for illegal acts and as a result, has initiated a criminal case against them. Investigative operational measures by the Prosecutor General’s Office still continue;

– Azerbaijan’s strong commitment to IHL remain unchanged including in the context of latest military escalation took place on September 12-14 along the undelimited state border;

– While Armenia was recklessly continuing to breach the established ceasefire, the Azerbaijani side declared its willingness to return to Armenia remains of deceased military personnel on a unilateral basis and informed the ICRC, accordingly;

– After the establishment of ceasefire on September 14, 2022, Azerbaijan has already returned remains of 133 soldiers to Armenia;

– On October 4, 2022, Azerbaijan repatriated 17 Armenian servicemen, including those 6 injured;

– The Military Prosecutor’s Office of Azerbaijan has immediately initiated investigative procedures in relation to some video and photo material allegedly demonstrating IHL violations by the Azerbaijani servicemen;

– All such allegations are being thoroughly investigated. The Government of Azerbaijan demonstrates necessary to ensure that justice is served in terms of allegations of IHL by its servicemen;

– In view of Azerbaijan’s prompt actions regarding the investigation of IHL violations, it is a matter of serious concern that no similar action has ever been taken by Armenia throughout the past 30 years, including in the context of 44-Day Patriotic War;

– Impunity still continues to horrific war crimes, crimes against humanity and acts of genocide that have accompanied Armenia’s armed aggression against Azerbaijan, including those committed in Khojaly, Bashlibel, Malibayli, Gushchular, Aghdaban, to name just a few;

– Several mass graves have already been identified in areas recently liberated from Armenian occupation. The facts collected thus far by investigative institutions of Azerbaijan provide enough ground to conclude that the Azerbaijani captives, be it military or civilian were subjected to cruel treatment and torture leading to death. Moreover, Armenia has also gravely violated the international humanitarian law by not ensuring that the dead were interred honorably, their graves were respected and properly maintained and marked as stipulated by the international humanitarian law;

– Yet, no single investigative action has ever been initiated by Armenia with regard to such grave IHL violations against Azerbaijani captives;

– In a similar vein, Armenia has not taken any step to investigate and take punitive actions in relation to its servicemen who have committed war crimes in the course of 44-Day war, despite the existence of a considerable number of photographs and videos depicting a number of human rights violations by Armenian servicemen against Azerbaijani captives, including acts of humiliation and ill-treatment, such as physical assault, verbal abuse, executions through beheadings, and ill-treatment of dead bodies;

– Deliberate targeting densely populated residential areas, such as the cities of Ganja, Barda, Tartar with ballistic missiles and cluster munitions remains unaddressed by Armenia. No one in Armenia has even been investigated for such grave war crimes;

– Of particular concern is Armenia’s refusal to submit the accurate and comprehensive maps of mined areas (formularies) in the recently liberated territories to the Azerbaijani side as stipulated under the customary international humanitarian law;

– Armenia has shared only small portion of the mined areas, only 25 per cent of which contain some useful information for effective de-mining. As a matter of fact, after the November 10 Joint Statement, 246 Azerbaijani civilians and military suffered from mine explosions, almost 55 per cent of which took place in areas on which no record was shared by Armenia;

As a conclusion, the Embassy of the Republic of Azerbaijan would like to underline, that despite of referring of some video allegations dated 13th of September, 2022 anti- Azerbaijani publications started in the Swiss Confederation two weeks after on 1st of October, on the day of the opening of new infrastructural element of the Southern Gas Corridor (SGC), which is going to double the delivery of natural gas from Azerbaijan to the West in the most challenging times for energy security of Europe. In this ceremony the President of the European Commission called Azerbaijan a reliable and trustworthy partner in difficult times. This reliability has been clearly shown in relations with the Swiss Confederation, where 70% of natural gas in the reservoirs are originally delivered from Azerbaijan. Export of crude oil from Azerbaijan to Switzerland in the first six months of 2022 increased by 23%.

These accusations in the Swiss media have continued on the 2nd of October, when for the first time ever direct negotiations took place in Geneva, with strong support and hospitality of the Federal Department of Foreign Affairs of the Swiss Confederation, between ministers of foreign affairs of the Republic of Azerbaijan and the Republic of Armenia without any foreign mediation. These direct talks have been assessed as one of the first steps in the difficult way to peace.

Unfortunately, despite of all the above-mentioned facts the accusations continue. They seriously impact the constructive atmosphere of negotiations between Azerbaijan and Armenia, created in Geneva by the Federal Department of Foreign Affairs, and do not serve to their successful continuation.

The Embassy recommends to all the representatives of the Swiss media to refer not only to emotions, which haven’t been legally approved, but to the real facts and results of ongoing investigations. The Embassy hopes, that Swiss contribution in achievement of peace between the two countries could be much more valuable and historically important than attempts of some local and foreign actors to prevent these processes.