The top diplomat underlined that Baku backs every key draft resolution that Russia promotes at the UN General Assembly. 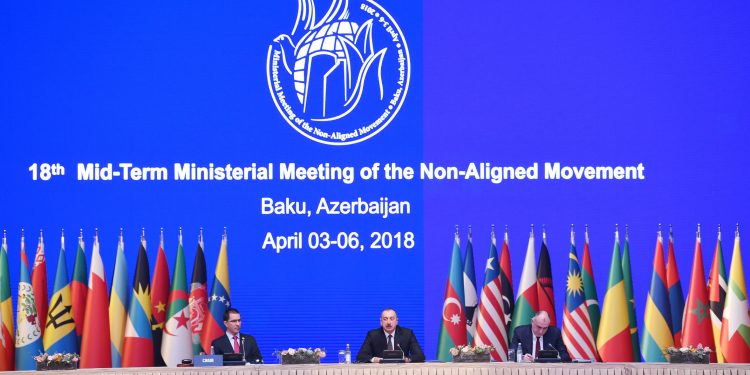 The decision to grant the observer status in the Non-Aligned Movement to Russia is almost ready and will soon be made, Russian Foreign Minister Sergey Lavrov said on Tuesday following talks with his Azerbaijani counterpart Jeyhun Bayramov.

“Russia applied for the observer status in the Non-Aligned Movement under the Azerbaijani chairmanship, this decision is practically ready. It will be made when possible. We are sincerely grateful to our Azerbaijani friends for this support,” the minister stressed.

Lavrov also underlined that Baku backs every key draft resolution that Russia promotes at the UN General Assembly. “In turn, we are keen about the initiatives put forward by Baku. We agreed to deepen coordination in all multilateral institutions, such as the UN, the CIS (Commonwealth of Independent States – TASS), the OSCE, the Non-Aligned Movement, the Council of Europe and the Organization of the Black Sea Economic Cooperation,” he concluded.

The Non-Aligned Movement unites countries whose foreign policies are based on rejection of participation in military and political blocs and peaceful cohabitation of nations on the principles of independence and equality. The movement has 120 members, while 17 states and 10 international organizations enjoy the observer status. In 1970, the guest status was founded which grants the right to take part in all open meetings and events of the movement. Russia received the status in 1995.