According to the operative information of the General Staff of the Armed Forces of Ukraine as of 6:00 p.m. posted on Facebook, the Russian Federation is planning to redeploy some units from the Russian military base in Armenia to fight in the war against Ukraine. 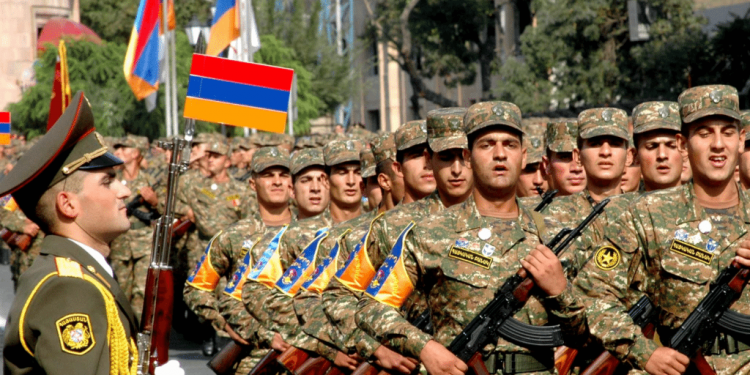 “Continuing attempts to restore the combat capability of individual units taking part in the hostilities, the military leadership of the Russian Federation plans to redeploy some units from the 102nd Russian military base in Armenia to the territory of Ukraine,” the statement says.

On a separate note, it also claims that there are confirmed facts of the refusal of some Russian military personnel to engage in the fighting, which is due to the low level of moral and psychological state of Russian troops after the clashes with the Ukrainian defense forces.

“In particular, at the permanent disposition of the 20th Motorized Rifle Division of the 8th Combined Arms Army of the Southern Military District, about 130 Russian servicemen refused to be involved in the combat operations,” the statement reads.

The General Staff reports that the enemy personnel are demoralized and cases of suicides and self-mutilation have become more frequent.

According to the statement, “because of the lack of positive results and inability to complete the assigned tasks, there are plans to remove Colonel Vadim Pankov, commander of the 45th separate special operations brigade of the airborne troops of the Armed Forces of the Russian Federation, from his official duties. He is accused of failing to carry out a combat mission at the Hostomel airfield.”