In Russia’s opinion, the situation on the border between the two countries is not directly related to the Nagorno-Karabakh settlement, Foreign Ministry Spokeswoman Maria Zakharova noted. 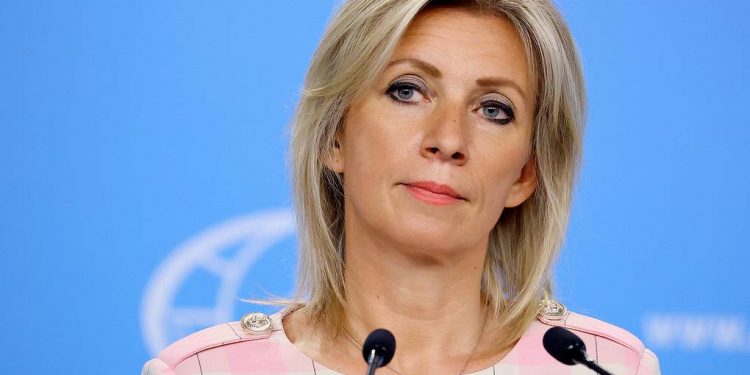 Moscow is ready to provide consultative assistance in launching work on the delimitation of the Azerbaijan-Armenia border with its subsequent demarcation for a speedy settlement to the conflict between the two countries, Russian Foreign Ministry Spokeswoman Maria Zakharova said on Friday.

“We have repeatedly stressed that we see the quickest possible launch of the work for the delimitation of the border between Azerbaijan and Armenia with its subsequent delimitation as a lasting and long-term solution to this problem. We are ready to provide the necessary consultative assistance, and currently the diplomatic and defense agencies and the border guard services are continuing their contacts, including for the purposes of de-escalating the tensions,” the diplomat explained.

In Russia’s opinion, the situation on the border between the two countries is not directly related to the Nagorno-Karabakh settlement, and is rather a result of the absence of the border’s legal formalization, the spokeswoman stressed.

“We proceed from the fact that the situation in some districts on the Armenian-Azerbaijani border is not directly related to the Nagorno-Karabakh settlement, and is a consequence of the absence of the border’s international legal formalization. The general atmosphere undoubtedly exacerbates the lack of mutual trust among the parties, and this is truly the case,” Zakharova added.

After the end of hostilities in the Nagorno-Karabakh conflict zone last fall, when seven adjacent areas passed over to Baku’s control, Armenia’s Syunik and Gegharkunik provinces moved close to the border with Azerbaijan. The situation in that area aggravated on May 12, when Armenia’s Defense Ministry reported that Azerbaijani forces had attempted to carry out “certain activities” in one of the Syunik border region’s districts to “adjust the border,” moving 3.5 kilometers into the country. Both sides have been periodically reporting about new incidents since then.