The international organization unites countries, whose foreign policy is based on the refusal to join any military-political blocs. 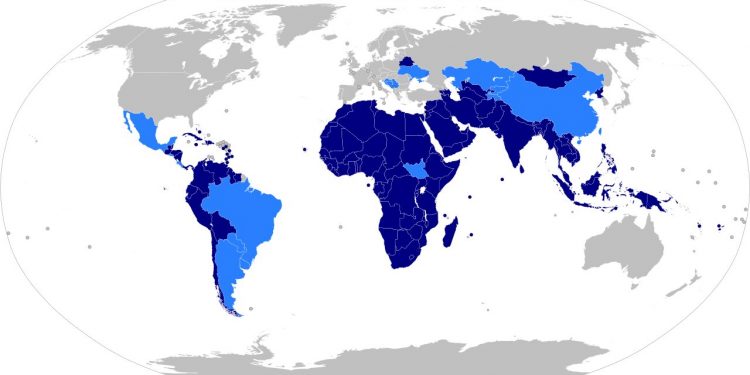 Russia has received observer status in the Non-Aligned Movement, the press service of the Foreign Ministry of Azerbaijan that chairs the organization reported on Wednesday.

“On July 13-14, 2021, a Mid-Term Ministerial Conference of the Non-Aligned Movement (NAM) was held under the chairmanship of the Republic of Azerbaijan in a virtual format. <…> By the adopted political declaration, as well as in accordance with the appeal of the Russian Federation, this country is assigned observer status in the Non-Aligned Movement,” the statement said.

The decision was made to extend Azerbaijan’s chairmanship of the organization until the end of 2023. Additionally, the conference participants agreed to hold the next NAM summit at the end of 2023 in Uganda.

In May, Russian Foreign Minister Sergey Lavrov, following talks with his Azerbaijani counterpart Jeyhun Bayramov, reported that the decision on granting Russia observer status in the NAM was almost ready and would be approved soon.

The Non-Aligned Movement is an international organization uniting countries, whose foreign policy is based on the refusal to join any military-political blocs, and the peaceful coexistence of peoples on the principles of independence and equality. It unites 120 countries, while 17 states and 10 international organizations have observer status. In 1970, guest status was introduced granting the right to participate in all NAM’s open meetings and events. Russia received this status in 1995.