After a long pause, on October 31, Russia brought together the leaders of Armenia and Azerbaijan in a meeting mediated by President Vladimir Putin in the Russian resort town of Sochi. 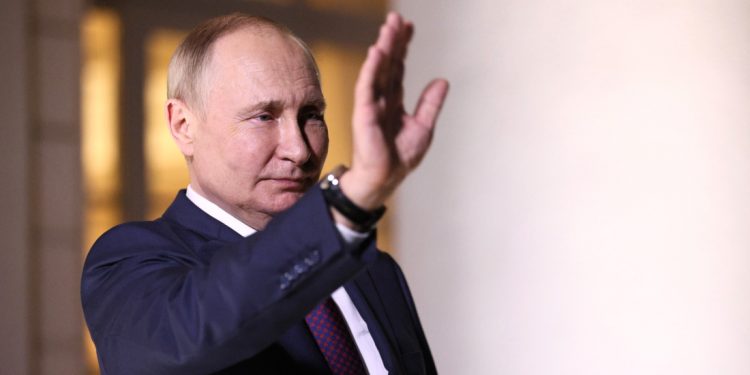 Over the past year, ever since the November 26, 2021 summit in Sochi, Russia’s initiatives in support of a peace process between the two South Caucasus republics did not  give results, while the major mediating role in the process was taken over by the European Union. Moscow couldn’t push for the implementation of the not-fully-disclosed results of the 2021 Sochi summit including the unblocking of regional transportation links and the delimitation and demarcation of the Armenian-Azerbaijani border.

It was the EU-mediated track of negotiations that brought the sides to agreements on the launch of preparatory work for a peace treaty, establishment of a border commission, and the start of bilateral contacts between Baku and Yerevan. Up until recently Russia did not oppose these developments, although Russian officials occasionally criticized the EU’s alleged attempts to sideline Russia from the peace talks. This passive reaction was also due to the fact that the agreements reached in the European track of negotiations were not contradictory to Russia’s own agenda.

The Brussels (August 31) and Prague (October 6) summits and the US-mediated ministerial meetings, however, demonstrated that the sides were on the path towards a peace treaty that would contradict Russia’s regional interests by acknowledging Azerbaijan’s sovereignty over the Karabakh region. A treaty on these terms, which Putin called “the Washington plan”, would eliminate the need for Russia’s peacekeeping mission in the region and create a tangible prospect for their pullout in the near future. On the other hand, for Russia, the peace treaty, should solely focus on the normalization of the Armenia-Azerbaijan relations, and as such should not stipulate any plans about the future of Azerbaijan’s Karabakh region, leaving a settlement on this issue to “future generations”.

The deployment of the EU’s monitoring mission to the territories of Russia’s ally Armenia while a mission of the Collective Security Treaty Organization (CSTO) was on hold, was another alarming signal for Moscow.  Despite the presence of thousands of Russian military servicemen in Armenia (roughly 4,500 border guards and around 5,000 troops in Gyumri), the deployment of a Western mission made up of several dozen unarmed monitors to the area, outraged the Kremlin. The statement of President Putin at Valdai Discussion Club on October 27 and recent campaigns in the Russian media warned the Armenian prime minister against any anti-Russian moves.

In the wake of these developments, Pashinyan publicly declared that his government accepts the Russian proposal and, also, is ready to sign a document on the extension of the mission of Russia’s peacekeepers in Azerbaijan’s Karabakh. Meanwhile, Azerbaijan’s President Ilham Aliyev, in Sochi prior to the trilateral meeting, reiterated that Azerbaijan was not going to discuss Karabakh’s future since Baku considers this conflict as resolved. The document shared following the trilateral meeting did not contain any provisions concerning these critical issues.

These developments suggest that a peace treaty on the terms discussed in the Western-mediated platform has only a slim chance of success. Russia has, seemingly, succeeded to prevent it from taking off, primarily thanks to its still strong influence over Armenia and the separatist groups in Azerbaijan’s Karabakh. This begs a series of questions. How will the the peace talks unfold in the immediate future, especially considering that the leaders of Armenia and Azerbaijan are supposed to meet in Brussels this month in accordance with the results of August 31 summit. If the Western version of the peace treaty is discarded, could Armenia and Azerbaijan still find a common ground to sign a treaty in line with Russia’s proposals?

In this case, the negotiations will be deadlocked, in particular, on the issue of the future of Karabakh region of Azerbaijan. Armenia and Russia have agreed that this issue should not be included in the peace treaty, and should be left to the future. This is different from the Western version in the sense that Russian version has no mechanism at this stage to regulate the contacts between Baku and the separatist groups in Karabakh, and does not acknowledge Azerbaijan’s sovereignty over Karabakh, and on the other hand ensures the conditions for extension of the Russian peacekeeping mission. Azerbaijan is unlikely to sign a peace treaty on these terms. As clearly declared in its proposals for such a treaty presented in March, Azerbaijan expects Armenia to recognize the country’s territorial integrity and inviolability of internationally recognized borders.

Hence, it does not seem real that Baku and Yerevan would entirely discard the Western version of the peace treaty. Most probably, the two countries will continue negotiations on terms dubbed by Russia as “the Washington plan” which, primarily, stipulates the mutual recognition of territorial integrity. This possibility is also supported by two major facts. First, the document signed at the Sochi summit, in a similar way to the results of the Prague summit, declares the mutual recognition of each other’s territorial integrity referring to the UN Charter and Alma Ata declaration of 1991. Second, the Armenian prime minister has recently, in the run-up to the Sochi summit, signaled that he might sign a document recognizing  Karabakh as part of Azerbaijan. “If there is a country in the world that doesn’t consider Karabakh a part of Azerbaijan, then it must say so publicly, and no one must create the impression that the situation is different”, he stated. However, it is likely that Yerevan, playing Russian game will try to keep the issue of Karabakh in the international agenda through third countries.

Vasif Huseynov, Head of Department at the Centre of Analysis of International Relations (AIR Centre) and Adjunct Lecturer at Khazar University in Baku, Azerbaijan.