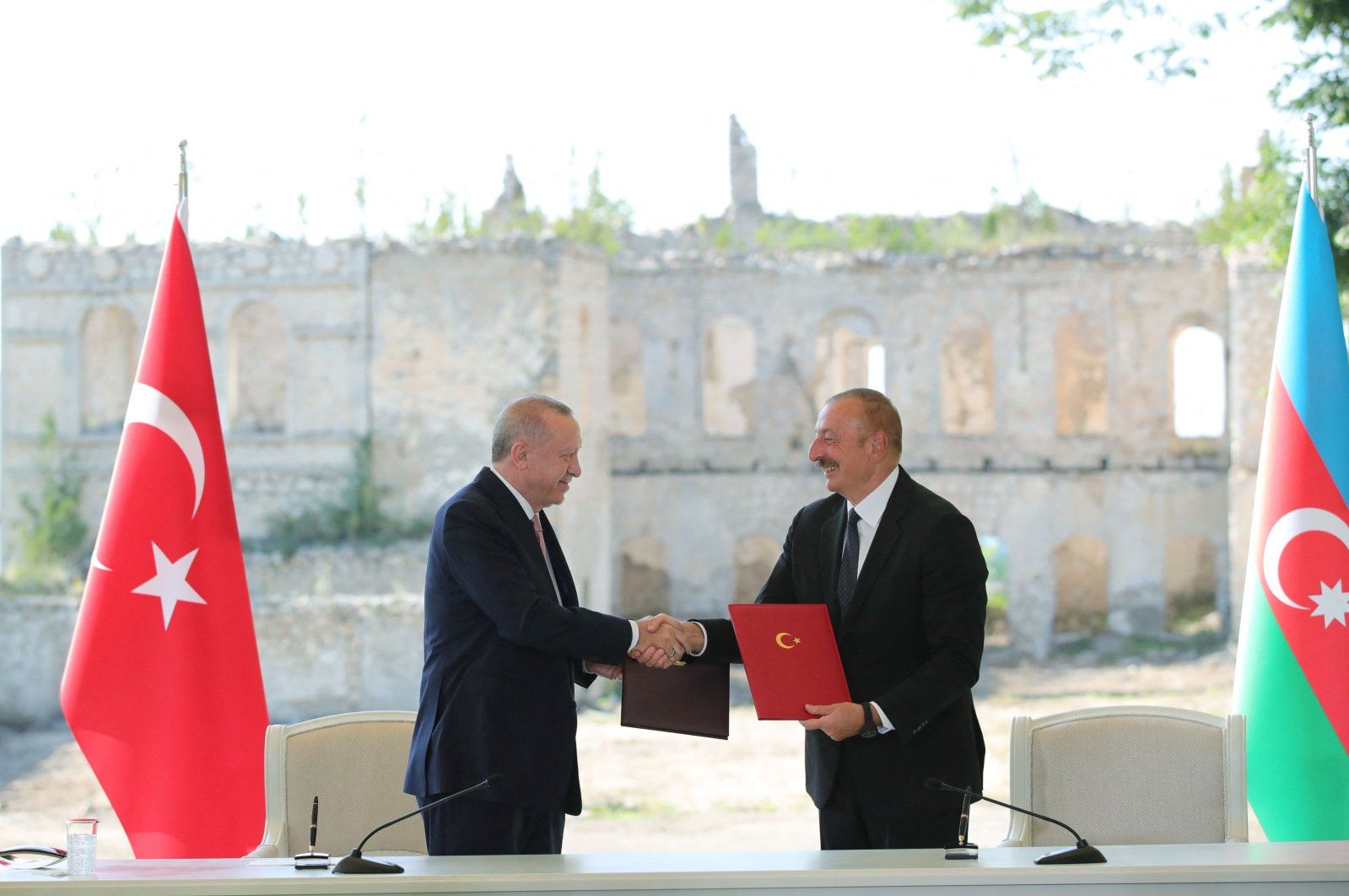 Speaking to Daily Sabah, Ganjaliyev said: “The declaration gives reference to the Kars Agreement. From now on, ours and Turkey’s borders are certain. Armenia and the countries behind it now know that these borders cannot be changed.”

On June 15, Turkey and Azerbaijan signed a declaration “on allied relations” aimed at deepening ties in several areas of cooperation, including security, during a visit to Shusha, a city that Azerbaijan recaptured from Armenian occupational forces in last autumn’s conflict.

When asked about Armenia’s condemnation of President Recep Tayyip Erdoğan’s visit to the symbolic Azerbaijani city of Shusha, Ganjaliyev said it would be in Armenia’s interest to cooperate with Turkey and Azerbaijan, which in turn would contribute to its economy. He added that the critical remarks stem from the current uneasy atmosphere in Armenia in the runup to the elections “but still there are circles within the country that think in a sensible manner.”

“It is in Armenia’s interest to leave behind revisionist ideas.”

However, despite the invitations to cooperate, Armenia’s Foreign Ministry Tuesday condemned Erdoğan and Aliyev’s visit to Shusha in a statement, describing their visit as “provocative actions.”

Ganjaliyev reiterated that Erdoğan’s recent visit to Shusha was a historic moment since it was the first time a Turkish president visited the region.

“The recent developments in our region made me happy. During the 44-day conflict between Azerbaijan and Armenia we were one with Turkey and won the war thanks to Turkey’s diplomatic and moral support,” he pointed out.

“All realities in the region changed.”

In addition to the reference to the Kars Agreement, another point of high significance is the envisioned opening of the Zangezur corridor intended to connect Nagorno-Karabakh via a railway line through Nakhchivan and Turkey’s eastern Kars province, Gajaliyev said.

“The opening of the Zangezur corridor is important for the cooperation of regional countries.”

“With the opening of the corridor, Turkey will be able to access Central Asia by passing through the Caspian Sea. Russia will similarly benefit economically from the corridor. It will be a great opportunity for the region,” he elaborated.

Ganjaliyev added that the corridor is no cause for concern in Georgia as “Georgia is our friend and has cooperation with both us (Azerbaijan) and Turkey.”

Experts had been stating that Georgia is worried about the potential development of the new corridor as for decades various pipelines, roads and a major railway have transited the country from Azerbaijan to the Black Sea and Turkey.

Erdoğan has frequently called for a six-nation platform comprising Turkey, Russia, Iran, Azerbaijan, Georgia and Armenia for permanent peace, stability and cooperation in the region.