The law ratifying the ground-breaking Shusha Declaration signed between Turkey and Azerbaijan last year went into force after being published in the Official Gazette on Monday. 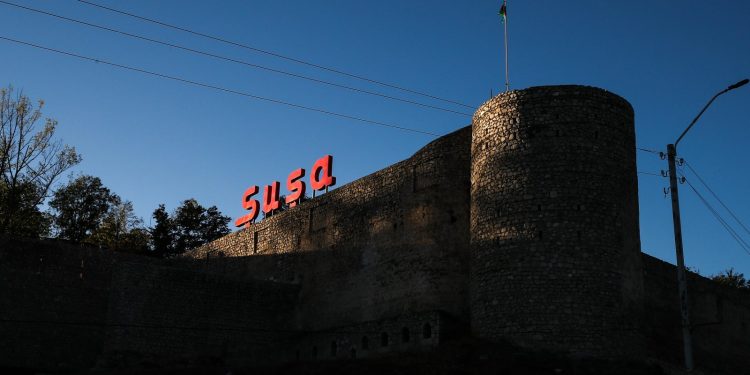 “The ‘Shusha Declaration on Allied Relations Between the Republic of Turkey and the Republic of Azerbaijan’ signed in Shusha on June 15, 2021, has been ratified,” said the Official Gazette entry on the legislation that lawmakers passed on Feb. 3.

Raising relations between Turkey and Azerbaijan to the level of an alliance, the declaration was inked in a ceremony attended by the two countries’ presidents in the Azerbaijani city of Shusha. The city, known as the pearl of Nagorno-Karabakh, was occupied by Armenia on May 8, 1992.

The declaration focuses on defense cooperation and establishing new transportation routes, affirming the joint efforts by the two armies in the face of foreign threats, and the restructuring and modernization of their armed forces.

The declaration also emphasizes that Armenia’s groundless allegations against Turkey and attempts to distort history were damaging peace and stability in the region, stating that the opening of the Zangezur corridor, connecting eastern Turkey and Azerbaijan, and the Nakhchivan-Kars railway will further contribute to the strengthening of relations.

Turkey was a key backer of Azerbaijan during the 44-day Nagorno-Karabakh war between Azerbaijan and Armenia, which erupted on Sept. 27, 2020, and ended with a Russian-brokered cease-fire on Nov. 10.

Shusha has a significant military value since it is located on strategic heights about 10 kilometers (6 miles) south of the region’s capital over Khankendi (Stepanakert) and on the road linking the city with Armenian territory. Besides its strategic significance, the town is known as a symbol of Azerbaijani history and culture with many historical sites, the restoration of which has started. Many prominent Azerbaijani musicians and scholars were born in the city.

Turkish officials repeatedly said the country is “ready for whatever needs to be done” in Nagorno-Karabakh after liberation from Armenia’s nearly 30-year occupation.